Police deployed to Pai Katanka after 3 killed at funeral grounds 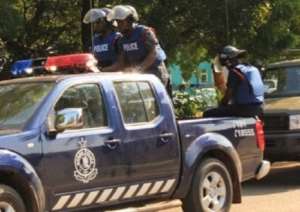 Calm has returned to Pai Katanka in the Oti Region after clashes on Saturday over suspected chieftaincy dispute.

Three people were reportedly shot dead, while three others, including a chief linguist, are critically injured.

The identities of the men behind the shooting, which happened at a funeral event, are still not known.

However, Adom News correspondent Obrempong Kwamena Owusu, reports that police in the Krachi East District have deployed more personnel to the area to maintain law and order in the town.

He said the police had assured the residents, as well as the chief maximum protection of lives and properties.