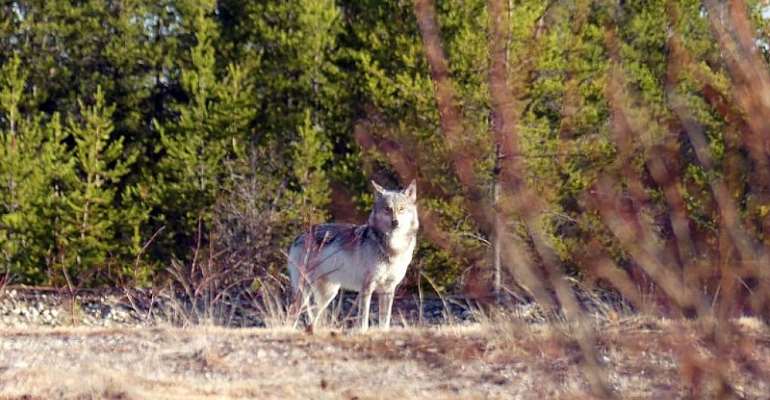 Wolves are a rare sight, but it appears one was spotted this week in Charente-Maritime, west France after initially being mistaken for a dog. It represents the first sighting in almost 30 years since the creatures returned to the region.

The wolf was photographed on Wednesday near a vineyard in the Charente-Maritime department at the mouth of the Gironde river, north of Bordeaux.

The photograph was sent to the French national agency for wildlife (ONCFS), "which identified it as being a grey wolf (canis lupus lupus)," local police said.

The animal was initially thought to be a "large dog,"  a direct descendent of the grey wolf.

Authorities are now investigating whether there is a possible link between the sighting and an attack on a nearby farm two weeks ago, which killed several sheep.

"The ONCFS has not been able to confirm a link between the two incidents, given the short timeframe," police said.

The French national agency for wildlife is working to determine the animal's origin and its location, with police insisting that it remains a "protected species."

Controversial return Occasional wolf sightings have been made in Nouvelle-Aquitaine spanning the west and southwest of France, according to the "Wolf-Lynx" network, however up until now wolves were spotted in only two areas of southwest France.

For the French national wildlife agency, there is "not enough information to prove there is a large presence of the species."

After being eradicated by hunters in the 1930s, the wolf made its way back into France from Italy in the 1990s.

Wolves are controversial, however. Sheep and goat farmers say they're suffering rising attacks, with around 12,000 incidents reported.

According to the French national wildlife agency, the wolf population last year was estimated to be around 530, compared to 430 the year before, and are mainly found in the Alps.

Given the concerns raised by farmers about their livestock, the French government has announced that the number of wolves that can be killed this year will go up.