Prospect of a New Nigeria is certain - Dr. Suleiman

…says all hands must be on deck
By Nwaorgu Faustinus 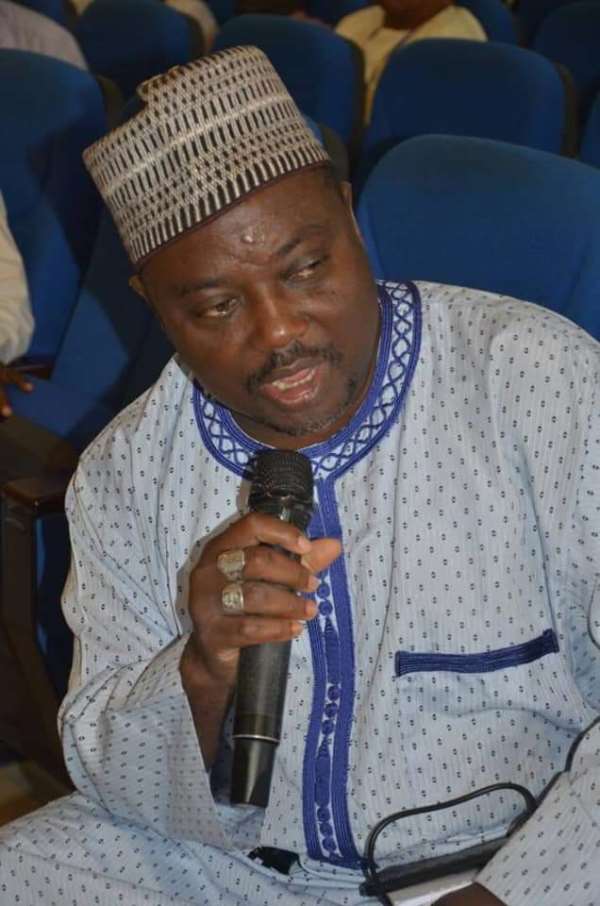 The Director of Research and Production of Ambassadors of Peace and Social Welfare Initiative, Dr. Ahmad Jibrin Suleiman has commended President Mohammadu Buhari for his strides in the reshaping of a new Nigeria.

In a statement circulated to both local and internal media platforms, Dr. Suleiman noted that last month Nigeria clogged the 59th year of self-rule, adding “years before now some of us have led the desperate call for change, and later, the movement for a new Nigeria.”

According to him, “the year 2015 would no doubt go down in the anals of history as marking a new beginning. The current series of elections provide latest indications of this journey, a journey that calls for radical change in activism. A lot is happening; the sand is shifting so fast that the theme of activism now ought to change from disruptive to supportive tone. This interaction becomes necessary bearing in mind recent distractive tendencies. The drive for a new Nigeria cannot succeed with the current pervasive attitude:

“The positive strides in our national journey has been misjudged and gauged with unfitting indices.

“It is quite a pity that president that has made the most impactful achievements turn out to be the most abused leader in our national history.

“Activism now to us, must be redefined to mean taking away the conversation from primitive, childish and ignorant story of a Jibrin from Sudan to discussing the positive effects of border closure, additional linking bridges over the Niger in Asaba and Benue river in Ibbi. While the successful APC wind moves southern and further we must also appreciate the wind of a new rail moving northward to Kano from Lagos!

“In short while victories are being celebrated across Kogi and Bayelsa we want to celebrate on our part the following milestones:

1. Ease of doing business
2. Buhari has finally broken a major strangle hold of multi-national oil companies: Finally in U.K. the president achieved the feat of signing the amended Deep Offshore and Inland Basin Production Sharing Contract (DOIB PSC). In our perpetual distractive ways, our attention has been distracted away from the history of this strungle and significance of the signature. Since March 1999, previous government has merely attempted to, and yet failed to (if not for selfish reasons) tackle this affair where Nigeria has continually lost what was estimated to be $62 billion in the last 11 years. Yet, even this trip was derided by those who see nothing good in the president.

3. The Nigeria Bureau of Statistics (NBS) has reported that the importation of oil has reduced by 512 million liters in the last 3 months of border closure.

5. Recently, Professor Bolaji Owasonoye (the Chairman of ICPC) was said to have declared that the ICPC has uncovered N12 billion salary fraud in M.D.As

6. When India moved away from a beggar nation in the sixties, into one of the most innovative and productive nations, some of us thought it is unachievable but with the current trend, Nigeria is on its way, and even faster and better (it promises to be if the tempo is maintained).

7. Even though billions have been mark for Road Projects but nothing to show in the earlier regimes, Buhari introduced:

B. Sukuk Bounds – 45 Roads
With these, the following Road Project Construction are on the way:

524 Road Constructions”
Comparing Nigeria’s journey so far with a fellow nation in 2015, Dr Suleiman explained that both leaders took over (Buhari May, 2015, Macri Argentina December 2015). Macri accepted loan (IMF) of $50 billion while Buhari refused, hence Argentina devalued while Buhari declined. Today Argentina currency devalued 566% and inflation up to 54.3% while Buhari steered Nigeria through without the IMF loan and mere inflation of about 11% which will definitely come down with the current policies.

He expressed positive view and optimism that, “ There are a lot of development to appraise and give a thump up to a new Nigeria, including series of national security challenges we have faced and over-comed (Boko Haram, Herders/Farmers and current bandits/kidnappers challenges). It may be long to get there, but now the prospect of a New Nigeria is certain. However, we must play our roles as citizens, as active followers not passive onlookers in the destiny of our nation. All hands must be on deck. This is the new call deserving of the next level toward the New Nigeria”