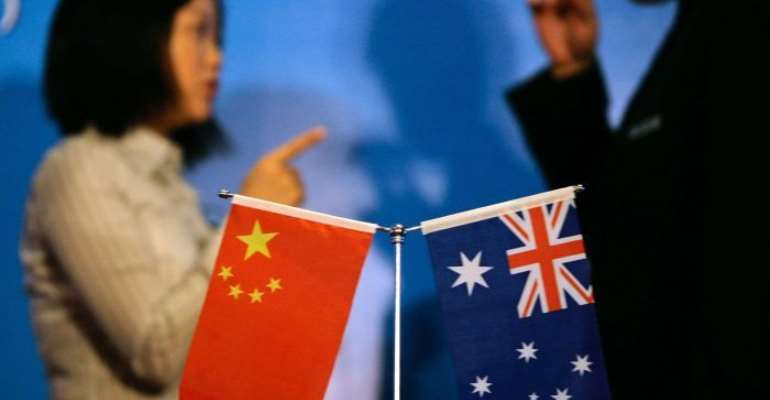 This year, China as Intimidating Monster has become the popular motif in Canberra circles. Australian government members Andrew Hastie and Senator James Paterson have become vigorous moral, if hollow enthusiasts. Their criticism of China has led to the revocation of visas to the country, something that has given reason to flash their plumage for the Australian electorate. How dare China do what Australia has done a countless number of times to those they do not regard as passing a character test?

Senator Eric Abetz, chair of the Senate foreign affairs committee, has accepted the findings of an independent China tribunal that genocide is being committed against the Falun Gong. “Genocide – in relation to Falun Gong – is something that might be an appropriate description.” The brush, suggests the senator, is broad, including “Buddhists, Uighurs, house Christians and indeed criminals”, all of whom have been targets for organ harvesting.

A somewhat different perspective is offered by Paul Keating, the last Australian prime minister to have the vision bug and see Australia as something a bit better than a spacious annex of US power. He proved to be in fine tongue-lashing form on Monday. Speaking at the Australian newspaper’s strategic forum, he suggested that, “The Australian media has been recreant in its duty to the public in failing to present a balanced picture of the rise, legitimacy and importance of China.” The China image being preferred was one of “side plays dressed up with cosmetics of sedition and risk.”

The language of sedition and risk had a distinct genealogy: China, he posed, had become modern code for the “communism” of old, seamless substitute. Particularly irritating to Keating were those “do-gooder” hacks scrounging on the selected titbits delivered by security agencies. They, he argued, were not only shaping the narrative on China but caging it. It was pious, indulgent, self-serving. It ignored the obvious point that powerful states tended to be “rude and nasty”, not to mention selfish, hardly a qualification of exclusion.

As for dealing with authoritarian powers, this was a normal and immutable facet of foreign policy. To avoid engaging China for not being a model democracy was a principle doomed to failure. It would “have cost us the Second World War – for Europe had no chance of being liberated singularly from the West. Twenty-six million Russians died defeating Nazism in the brutal battles across the northern European plain.”

Keating, as ever, is hard to ignore. His premise rings powerfully: Australia’s political classes have been hijacked by the security wonks, jam packed with “phobias” and “effectively running the foreign policy of the country.” An elementary lesson on the politics of governance, he felt, was in order. “The reason we have ministries and cabinets is that a greater and collective wisdom can be brought to bear on complex topics – and particularly on movements of tectonic importance.” It was a process, he argued, that was “not working in Australia.”

How then, to deal with a boisterous, strapping China? Not, suggests Keating, to encourage menacing behaviour, but discourage notions of strategic encirclement, a theme so common in the glacial language of Cold War confrontation. “Closer US political and commercial links with the countries of the region should help establish a web of self-reinforcing, cooperative ties over time, should assuage Chinese concerns that a structure is being built with the express purpose of Chinese strategic containment.” This is wishful thinking, given the evident narrative from Canberra, boosted by Washington’s enthusiasm, that a firmer line is required.

The China fear factory, however, has its devotees. Former Australian Prime Minister Tony Abbott counts himself among them, drumming up the containment argument before various regional fora with regular insistence. To the India Foundation in New Delhi, Abbott insisted that Australia had “put too many eggs into the China basket”. The word preferred is not that of “containment” so much as “constrainment”, suggesting that Beijing had become an unruly patient escaping the ward of orderly international relations.

Australian governments had gone about successfully cultivating the relationship with Beijing but any further engagement, suggested Abbott, would be dangerous. “The often-glossed-over reality is that it’s hard for Australia to be a meaningful strategic partner to a country that thinks it can bully its neighbours on the basis of confected territorial claims that it refuses to submit to arbitration and tires to resolve unilaterally in its favour.”

One would think, on consulting such views, that Abbott might be referring to the United States, a country inclined, notably during various stages of its history, to unilaterally puncture holes in the international system as deemed fit. Talk about any rule-based order is only relevant from the perspective of those who set those rules. The makers are often the breakers. From international human rights conventions to the International Criminal Court, the US imperium remains selective and aloof while retaining a rather tarnished crown as protector of the muddled free world.

Abbott continues the theme, again showing how interchangeable the logic of great power politics can be to middle or small powers. “It’s hard for any country to be [anything] other than a client, or a strategic competitor, with a country that still regards itself as the ‘middle kingdom’ and that has now dropped the mask hiding its strength and biding its time”.

It was important, therefore, to encourage counter balances. India, for instance, would in a half-century “be much more prosperous and no less democratic; every bit as strong as China, in fact, but far less overbearing. I hope that Australia will be a key partner in India’s rise.”

Both Keating and Abbott have points of merit. Australia cannot afford to be paranoid; nor can it afford to be unquestioning in its relations with China. Dollars should not dull and drug strategic common sense. But this is an area where balance is never assured. Righteous hypocrisy is in abundant supply: Australia will continue to export its fossil fuels to China and receive its students while releasing gobbets of dislike and disdain – an all too familiar process. It will also tolerate foreign interference when needed, something done over the decades since the Australian politicians cast their eyes to that ample bosom across the Pacific.

Government extends electricity to seven communities in Savan...
40 minutes ago