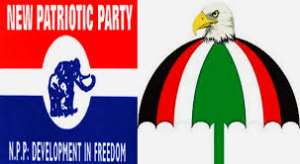 The Ghana Bar Association (GBA), boycotted the writing of the 1992 Constitution and I believe also stayed away from the referendum that led to its promulgation as our supreme law. Many of its members did not like the Chairman of the PNDC that much and that dislike found expression in actions like boycotting the public tribunals and later the writing of the Constitution, but in fairness to the Association, its members have since become the document’s most vociferous adherents and interpreters – now very much in their element waxing all-knowing on what to do or not to do with 55(3) and 243(1).

They were also very active in the much maligned Acheampong UNIGOV proposal and referendum, which one can say, with the benefit of a little history, had whiffs of what we are confronting now with 55(3) and 243(1), that is, how to keep excessive political party artisanship at bay in our governance.

The Acheampong UNIGOV referendum was very easy to oppose because it was uncluttered – no constitution to refer to – and came across as an attempt to create a vehicle for the NRC/SMC 1 Chairman to perpetuate himself in power.

There was a very spirited “No” campaign and “Mr. No”, Amartefio, an international boxing judge, with other leading “No” voices articulated and coordinated the opposition. Mr. No himself, became something of an opposition mascot. The Acheampong regime also put up an equally spirited campaign, unleashing the full might of the state media, which it controlled and used to force feed us its messages. Those were the emasculating days of Graphic, Times and GBC. There was no social media, no mobile phones and even the fixed line phone was something of a rarity, but the spirit behind the No campaign prevailed and UNIGOV did not come on, which may have contributed to the compendium of “crimes” that eventually sent the hapless General Ignatius Kutu Acheampong to the Teshie Firing Range…

I recall a propaganda documentary produced by the erstwhile state-owned Ghana Film Industry Corporation (GFIC), where present day TV3 occupies and directed by Mr. “Joe” Daniels, one of the country’s foremost documentary film directors at the time. He, employed many clever words and images with a sequence in reverse motion showing people who would support “No”, walking backwards! The message was clear: People who oppose “Yes”, are retrogressive and would take the country backwards with a “No” vote. A memorable and effective “psyops”, it played over and over on GTV, the only station available, in black and white – no colour then. But the government propaganda never quite worked – the minds of the people had already been made up!

Forty plus years on, with the virulently toxic kind of partisan politics currently holding sway in Ghana, UNIGOV is getting something of a nostalgic reference and for me, an ethereal air of déjà vu. In the current public discourse regarding our national cohesion and political exclusiveness, UNIGOV and similar ideas are gaining traction. Seen as a prize and not for service, elections in Ghana, with our current “Winner-Takes-All” constitutional arrangement, means that after elections, a huge chunk of the country’s potential of innovative, creative and productive human resource is discarded with contempt, impunity and belligerence, only to make room for “jobs for the boys” – party faithful.

There will not be enough space here to list all the excessive partisan transgressions but a few will make the point: The removal from office of Mrs. Charlotte Osei, Chairperson of the Electoral Commission, a person who organized one of the best elections in Ghana’s history was an egregious act of nugatory partisanship, still crying to high heaven for its unfairness and unjustness, all because the incoming government when it was in opposition, had made a pledge to its supporters that she would be gotten rid of should they win the elections. Not even their coming to power during her watch could save her…They yanked her out like a tooth extraction without anaesthesia and replaced her with one who so far, is proving to be serving her masters’ interests well. More on that one and her deputy, a Dr. Bossman, later.

The case of the National Development Planning Commission (NDPC) equally comes to mind and it is such a shame that this crucial institution for our long-term thinking has become the victim of partisan insensitivity. Much work has been done there and as the saying goes, we do not have to re-invent the wheel…Check out the utterances of the current chair of the Commission.

That is now one of the major post-independence challenges facing the former Gold Coast: How to let nation take precedence over political party. Hopefully after the coup of December 1981 we have seen the back of coups d’etat but even with that auspiciousness, we have not been successful at exploiting the security and stability dividends of the ensuing democratic dispensation to grow the nation

55(3) and 243(1) sit at the heart of this existential conundrum. It is not as simple as the starkness being presented by Yes or No. What is democracy, after all, if there is no unfettered right to choice…if there is no unfettered right to the freedom of association? Party politics should provide the platforms, but we are letting down the process with our own acts of omission and commission. Can there be other ways that can also lead to choice and association? That to me, is a valid and legitimate quest. A good 60 years after becoming Ghana, nationhood still eludes us. Even football, the Black Stars, that used to bind us, now has a partisan smear and some would rejoice at the woes of the national team when the political party they support is not in power!

Having followed the legalese and politics of 55 (3) and 243 (1), I have come to what I described to a friend as my visceral, intuitive and instinctive conclusion: We will not make a good job of it, so it is a “No" for me in this referendum…Already, the dark clouds are gathering. Deputy Chair of the Electoral Commission, Dr. Bossman, not hiding his crass partisan leanings, defying the sacrosanct, neutral and ethical nature of his role as a referee, has openly canvassed for a Yes vote – a clear sign that the process is already compromised, its integrity very much in shambles – a very disturbing portend for 2020.