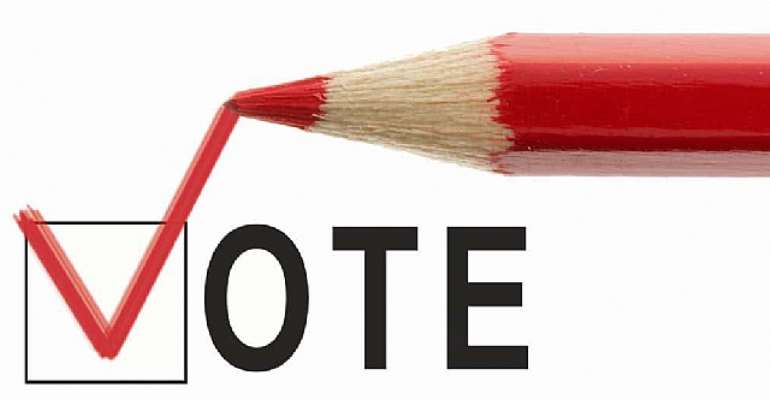 A referendum on future elections of Ghana Metropolitan, Municipal and District Chief Executives (MMDCEs) has been scheduled for 17 December 2019. Since the date was announced by the Electoral Commission, the usual Ghanaian infatuation with politicization of issues and policies has resurfaced to culminate in the polarization of the people. Unfortunately, partisanship has been allowed to take the better part of a visionary policy intended to eliminate biases and "whom you know" from the selection of our Local Government representatives, thus, the Metropolitan, Municipal and District Chief Executives (MMDCEs).

Most of the arguments being put forward by those vehemently expressing negative views about the election of the MMDCEs hence calling their supporters, party members, and their friends and families to boycott the referendum or vote No, do not hold much water. Their arguments and points presented to persuade Ghanaians to see the election of the MMDCEs as something too catastrophic to contend with, pale away as against the major benefits to accrue to the Ghanaian populace if the Local Government representatives were elected.

Any discerning Ghanaian with the best interests of the nation and the people at heart will wonder why we always easily allow baseless partisanship to creep into our body politics to our own detriment. We often seem to have no time to give newly proposed policies and programmes the needed thought but jump the gun because such policies have come from, or initiated by, a rival political party, tribe or a “certain” individual. Sometimes, our opposition to such policies hinge on the unjustified but devious Ghanaian notion of “The policy should have originated from me but not him or he. Subsequently, the fact that it never came from me, I shall do whatever it takes to sabotage it irrespective of its benefits to accrue to the nation at large if it were successfully implemented”

Before proceeding any further, let me pause to ask why this referendum at all? A referendum is called for when a policy entrenched in a democratic nation's constitution is to be removed or amended. Therefore, as the 1992 Ghana Republican Constitution empowers the president to appoint all or most of the Local Government representatives, upon the recommendation of their respective area's traditional chief and queen, it has emerged that that policy or constitutional clause is immensely flawed.

That policy of the president appointing people of his choice, normally based on "whom you know" and obvious biases, bring about nepotism, and lack of getting honest and qualified persons to do the job. It eschews meritocracy and competition from selection of who must represent their locality, thus, municipality or district. Many a time, corrupt traditional leaders choose a corrupt candidate to present to the president and upon their recommendation, the president accepts the candidate so presented to him. No wonder that most of these MMDCEs are incompetent and corrupt beyond description. They have the support of their traditional leaders who are respected by the president so regardless of what he/she does, their position is guaranteed so why not do what he/she likes?

Electing the MMDCEs will bring about competition. This may result in getting the best candidate into the post. This is similar to candidates competing at their party primaries to be selected to represent the party and then compete with other candidates for election as the MP for their constituency. Going through these processes, at least to some level, a competent person could be elected, although corruption clouding the vision of almost every Ghanaian has made most of our representatives incompetent and unworthy to represent their constituents or localities. But as half a loaf is better than none, so is competitive election to a position better than appointment to same position.

Why are those frivolously against the election of MMDCEs hence campaigning for a “No” vote at the impending 17 December 2019 referendum, think it is right to elect Assembly men and women at the municipal and district levels but not the MMCEs and DCEs? I stand to be corrected if Assembly men are not elected but appointed. These elected Assembly men and women in turn vote on the MMCEs and DCEs appointed by the president. Does it make any sense? Is it not said, “What is good for the goose is also good for the gander?” If Assembly men and women are elected, what is strange about electing their bosses who are the MMDCEs in same manner? Oh, wonders will never cease in Ghana, my beloved country impoverished by our lack of understanding but love of corruption.

How can a president be accused of nepotism, cronyism, tribalism, etc. if most positions were to be filled through election based on meritocracy but not by appointment? Is it not much better if MMDCEs were elected than appointed? By election, although candidates will be screened and chosen by their political party to compete with other candidates from other political parties for the position, it gives us the opportunity of getting the preferred and better candidate out of the lot elected. When a person preferred by the citizens of a municipality or district does not get chosen or selected by a political party, such a person can stand as an independent candidate to still win the election to become the Municipal or District Chief Executive.

When the Labour Government of Prime Minister Tony Blair of the United Kingdom decided in year 2000 for the first time that London City must have a mayor, a public election was scheduled for the position. When Ken Livingstone, a Labour party member put himself forward for vetting and selection by the party to compete for the post, he was rejected. The party had a preferred candidate, Frank Dobson, the then Minister of Health. However, Ken Livingston decided going independent to contest for the post. This decision by him led to him being kicked out of the Labour party. He had no money to conduct his campaign. However, as man proposes and God disposes, and the ways of man are not the ways of God, one Chris Evans, a millionaire radio DJ, pledged £100,000 to Ken’s election. Ken indeed won the election why because he was the Londoners’ choice.

In year 2004, when he went for re-election, Labour were obliged by circumstances to readmit him back into the party, fielded him as their candidate, campaigned for him, and he won the mayoral election on Labour’s ticket. If he had lost his year 2000 bid, would he be readmitted into Labour let alone, becoming their candidate for year 2004? No!

Election allows people to have their choice of candidate selected to represent them but not one imposed on them by a president.

As I always love to draw examples, and of course those I am well aware of and are closer to me, let me cite the current Sekyere Kumawu DCE, Samuel Addai Agyekum (Hon). From my understanding, he was not who the people wanted. However, he was chosen by one Mr Daniel Adusei who has dubious connections, persuaded Kumawuhemaa and the self-styling Kumawuhene to back his choice, then took him to the president who accepted him for the choice of the district. If the people had a choice then to elect someone as is being proposed now, Samuel would never become the DCE for the district only to play propaganda at the expense of the people.

In many democratic countries, e.g. France, Britain, Canada and USA, their mayors are elected on political party participation. Why are Ghanaians vehemently resisting same innovation as though, it has never happened anywhere in the world before or it has no benefits? I can’t get it!

Anything good or any innovation is doubted if not rejected by the Ghanaian. It is all because of our lack of comprehension of party politics. We allow a few greedy and cunning individuals to throw dust into our eyes and sorry to say, most of us appearing as inhibited persons robbed of our intelligence and wisdom, we often fall for their deceptions.

I invite Ghanaians to vote for a change for the better by voting YES at the 17 December 2019 referendum on amending the constitutional provision regarding MMDCEs from appointment to election.

I am ever ready to come back to choose one by one the arguments by those campaigning for NO to rip them apart by offering insightful explanations. I am fed up with those politicians and selfish individuals who for the satisfaction of their stomachs and the wish to play on our intelligence, always tell us lies, persuade us to believe that white is black and the vice versa.

I dedicate this publication to the memory of the late Isaiah Opoku Boateng (Hon), a former DCE of Sekyere East District. He lived a selfless life. He lived a life of incorruptibility. He died a pauper but a man of integrity. How many of the Ghanaian politicians, MMDCEs and those put in positions of trust, can emulate his selflessness? Not many. Shame!