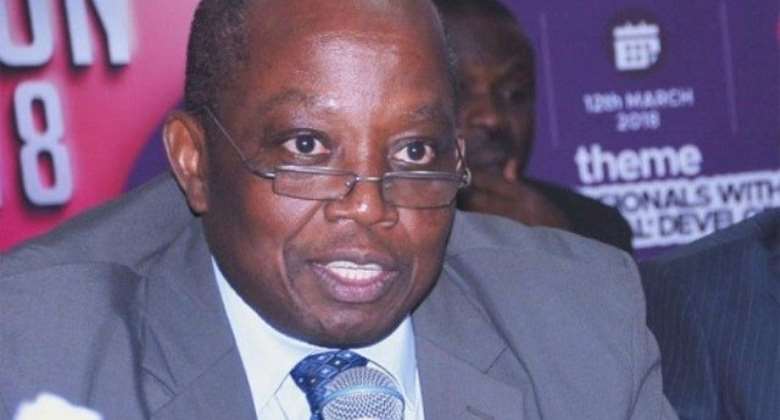 Mr Daniel Domelovor is represented in court by [email protected]

The Auditor-General has taken his feud with the Economic and Organised Crimes Office (EOCO) a notch higher to the High Court’s Human Rights Division.

In an application filed Wednesday, Mr Daniel Domelovor urged the court to enforce his fundamental human rights in articles 23 and 33 of Ghana’s constitution.

Represented by [email protected], he asked the court to make a declaration that EOCO has no statutory mandate to investigate the Audit Service for any breaches under the Procurement Act 2003, (Act 663).

The applicant further urged the court to declare that ongoing investigation of the Audit Service over allegations of procurement breaches is wrongful and therefore illegal.

Read the full application of the Auditor-General here.

The Decision of Mr Daniel Domelevo to go to court is part of efforts to resist EOCO from investigating his office.

The investigation was triggered by a petition from a private citizen.

This citizen alleged that there has been a breach of Act 663 in the Procurement law in relation to the purchasing of vehicles worth almost GH¢6.2 million for the Audit Service.

Danie Domelevor has declined to cooperate with the investigation.

“It is quite bizarre and unfathomable why your office would purport to be investigating procurement breaches when and in fact it does not have any legal authority to do so unless there is any hidden or ill motives behind your actions,” Mr Domelevo wrote to the EOCO.

He added that “in fact, I am advised that the relevant provision in Act 959 which amended Act 804 is section 80 and therein, your office’s mandate to investigate corruption and corruption-related offences, which has been defined to include procurement breaches, has been taken away.”