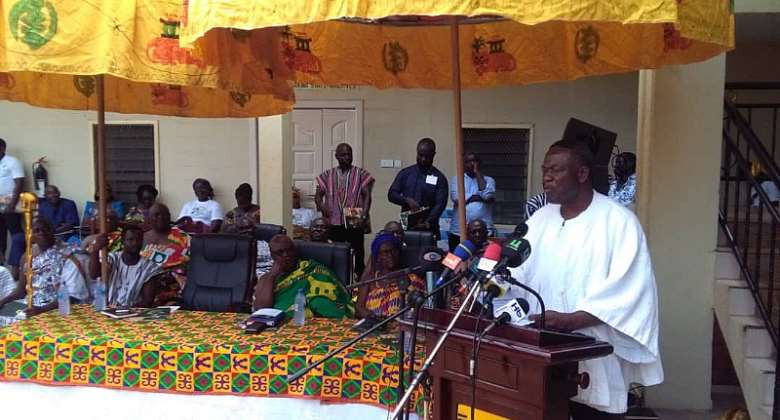 The government is considering setting up a Charity Commission to monitor how churches use their funds for charity works in the country.

The Minister of Chieftaincy and Religious Affairs, Kofi Dzamesi said this as he assured that churches would not be subjected to taxes.

He was speaking during a meet the press session when he mentioned the possible setting of the commission.

“What we intend doing is to set up a charity commission whereby all churches will be registered so that at the end of the year the commission will see to the work of the churches and see how they have used their resources to the betterment of their people.”

In 2018, there was some suggestion that some church activities would be taxed after the Commissioner-General of the Ghana Revenue Authority (GRA), Mr. Emmanuel Kofi Nti, said the authority was on the trail of preachers who flaunted their personal wealth.

President Akufo-Addo also said that the recent activities of churches in the country could result in taxation of the Church .

Tithes and offerings collected by churches from congregants are however exempted from taxation.

Religious leaders eventually reached a consensus with the government on the need for churches and other religious bodies to pay taxes on their income-generating ventures.