When Will My Mother Also Retire? Understanding The World Of The Peasants 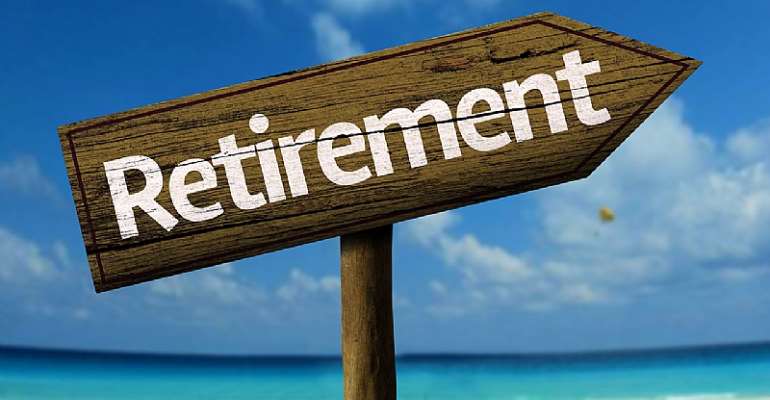 I had a conversation with my primary schoolmate, Sophia, about when our parents will one day retire from hard work. I reminded her of our primary school headmistress, Mrs. Quainoo, who retired when our primary school, Kotobabi Presbyterian Primary School, was spatially being transferred from Pig Farm to Kotobabi (close to Aladjo). I was then in class three, but I still remember clearly the song that the school composed to celebrate her (“Adofo nom, mo ma yen fa koro ye ekanfo edwuma mistress edi ama yen" to wit “beloved, let us with oneness celebrate the good work mistress has done for us”). The lyrics of the song expressed the good works of Mrs Quainoo. I remember how as children we compelled our parents to contribute to support the headmistress. I still remember the mixed feeling I personally had when the headmistress was leaving. As a Presbyterian, she taught as many hymns. While most of the words of the hymns were hardly correct on our lips, at least, we could sway our bodies rhythmically to her excitement. Mrs. Quainoo spent many hours counselling us to work hard to be good citizens. When the school had gathered enough money for her, we were told a fridge was one of the packages she sent home. Her training moulded many of us. I should think she is now gone to be with the Lord. But the protestant ethic of the Presbyterian church (developed and shaped by the venerable John Calvin) that she taught us has coincidentally become my driving philosophy.

Today, many people who work in the formal sector of the economy do go on retirement when they attain the age of sixty years. Social intervention policies like the Social Security and National Insurance Trust have been instituted to help retirees to make ends meet. While retirement has the facade of excitement, in the long run, it becomes a source of holiday neurosis. Research continues to show that many retirees pass on a few years after they leave active service. This is precisely because the human being is wired to work; not to 'idle'. Hence, breaking from a long period of service, which registered on the psyche of the worker could play tricks on the physical and emotional health of the retiree.

Over the years, many have suggested that retirees should be empowered to provide mentorship programmes for the younger generation. They should not be allowed to do any labour-demanding work that could potentially undermine their health. But they could be supported to provide basic coaching and counselling to the younger generation. This is to ostensibly keep them active and free from holiday neurosis. Indeed, in acephalous societies, like the Nuer, Azande and Tallensi, in pre-colonial Africa, the older generation becomes spiritual experts, who provide ritual services to support the younger generation. About two decades ago, a certain professor died and another professor titled his tribute he wrote in honour of his friend, “Can a professor’s head be buried?” This is a question that metaphorically represents and resonates with many informal sector workers in Ghana? Do Ghanaian informal sector workers actually bury their labour?

In responding to the above question, I look at my mother, who never had any form of western education. I equally use her to represent other such mothers in Ghana and Africa. My mother turns sixty next year, God willing (though I think she is more than sixty years). But at the age of 59, she works as though she has no retirement in mind. She continues to engage in her brisk small-scale business. She roasts her peanut (which is arguably the best in Maamobi and which I used to sell sometimes in SSS). She also sells her confectionaries and toiletries. Since I became conscious of her industriousness over 30 years ago, I have hardly seen her gone on leave. Even when she is sick, she fails to be bedridden. She toiled to see me through education. I still have good memories of how Aunty Grace, the proprietress of Daily-day Care Centre at Expo 67 – Pig Farm, where I had my nursery education in the 1980s, would invade our ‘ghetto’ in Maamobi to demand school fees. I tended to be a good alibi of the proprietress because I would always cry to let the whole world know that my parents were owing school fees. So, while I was the fourth child of my parents, I was the first to have my school fees paid and books bought.

As one of the earliest persons in Maamobi to have had postgraduate education at the Institute of African Studies, University of Ghana, my former Assemblyman, occasionally gave me a lift on his motorbike to campus whenever he realized I was late for class. The first time we got to the Institute (the new building), he remained quiet for about 2 minutes, and later said to me, ‘Babayara (that is my Hausa name), do you know we built this institute?’ I just looked at him and was shocked. I was shocked because, in the annals of the institute, neither his name nor those who built the structure have a place in it, since he did not speak impeccable English or write to immortalize his claim. But while the energy of my Zongo brothers built the institute, the credit goes to those who planned it. The same cognitive injustice is done to the memories of Zongo soldiers of Maamobi, who were chanting 'Bature ya yi wa wa, akore shi' to wit 'the white man has become a fool, let us sake him' to demand freedom for our country. Certainly, when Ghanaians were exchanging needless brawls over where to place the comma, 'founder's or founders' day’, no one remembered the soldiers at the Kawokudi junction (Maamobi) whose labour contributed to collapsing the colonial edifice. It is this self-imposed ignorance that has relegated those of us from Zongo to the backwaters of history!

When will my mother retire? Today, when those in the formal sector of the economy retire, they are given end of service benefit. A party is thrown for them. They also receive a monthly stipend from the SSNIT. Contributions are made to support them, even though state institution will take care of them. The lucky ones are re-engaged on contract. Depending on their position while in active service, some of them leave government homes and move into their own houses. Many of them are most likely to have staked the security of their future in the investment they made in their children's education. The shrewd ones managed to establish networks through corrupt practices to ensure the continuous flow of favours even when they are on retirement. But the same cannot be said of my mother and those in her social class. My mother never thinks of retirement. She never thinks of the end of service benefit. No one contributes to support her. She has no neo-patrimonial networks. She has to depend on her children and fate, as well as faith to navigate through life. She will not be remembered in the annals of Ghana, except as a footnote to her son who may become prominent in life, if the ultimate reality wills it so.

As I muse over when my mother will retire, I see the sense in Prof. Kofi Tetteh’s assertion that the elites have done Ghana a great de-service. While modern Ghana has been an agrarian economy for decades, it is only this year that the government is “thinking” of putting farmers on a national social security scheme. What about fishermen/women? What about the waakye seller who feeds the nation? What about the trotro/taxi driver? What about the cleaner at Maamobi Loso toilet? What about the market woman at Nima Kasoa Lariba? What about the auto-mechanic? What about the conductor (mate)? What about the mason? What about the plumber? It is not clear to me as I write that any of these informal workers would voluntarily retire. For my mother, the only time she would retire is when she loses her physical and/or cognitive capacity to do laborious work. As it stands, even if I choose to retire her, she would see that as a de-service. As a widow for more than a decade, any imposition of retirement on her will constitute a major challenge to her zest to be productive.

Maybe someday, my mother’s ultimate retirement will come when she meets her saviour Jesus Christ, face to face. Maybe when the roll is called up yonder, the Lord will congratulate her, “Welcome home, faithful servant, you used your brain and brawl I endowed you to produce a Zongo professor!” Perhaps, she joins the multitude of other informal workers in changing, “When we rest, we rust!”