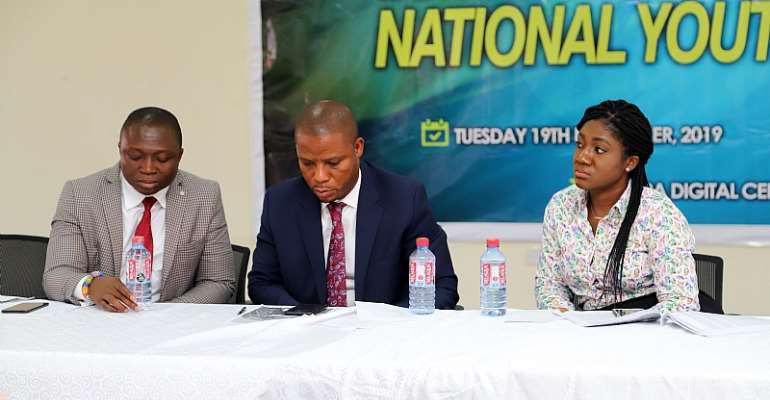 Chief Executive Officer (C.E.O) of the National Youth Authority (NYA), Sylvester Tetteh has called for the development of an effective and well thought through policy to engage and respond to the needs of the youth.

According to him, the existing National Youth Policy in its current form is not fit to serve the purpose.

Speaking at the National Validation of the Draft National Youth Policy in Accra, Mr Tetteh said “There is the need to align the existing policy with government’s development agenda as well as other relevant International Development Protocols and Frameworks such as the United Nations Sustainable Development Goals (SDGs) and Agenda 2063 of the African Union.”

He added that the current generation of young people constitutes the largest population the world has ever seen.

He further noted that one in every three under the age of 30 and ninety percent (90%) of young people are living in developing countries mainly Asia and Africa.

“The situation for Ghana is not different. About 11.5 million of Ghana’s current population that is 38.8% according to the Ghana Statistical Service is within the youth cohort,” he revealed.

Mr Tetteh mentioned the data in the existing policy was based on the 2000 Population and Housing Census by the Ghana Statistical Service.

He stressed that there is the need to capture the most recent data available using the 2010 Population and Housing Census to reflect recent trends in Ghana’s population demographics.

He was confident that the final drafting of the policy statements based on the inputs will be done by the consultant and Technical Committee.

Mr. Tetteh disclosed that the final drafting will be presented to NYA for study and submission to the Minister for Youth and Sports.

“The process has been very inclusive since the inception of the review process. This hinged on the belief that no voice is too small and no opinion is irrelevant. What we expressively desire is what can work for the good of our youth and country.”

The NYA over a year has been working assiduously to craft a responsive youth policy that will engender the participation of Ghanaian Youth in National Development as well as facilitate the realisation of their dreams and aspirations. The process has been very rich and participatory right from the information-sharing sessions, to the consultative sessions with key stakeholders at the regional and national levels.

We Stand By Agyinasare – Pentecostal Council Condemns 'Attac...
41 minutes ago