Why I Have Now Joined The Labour Party 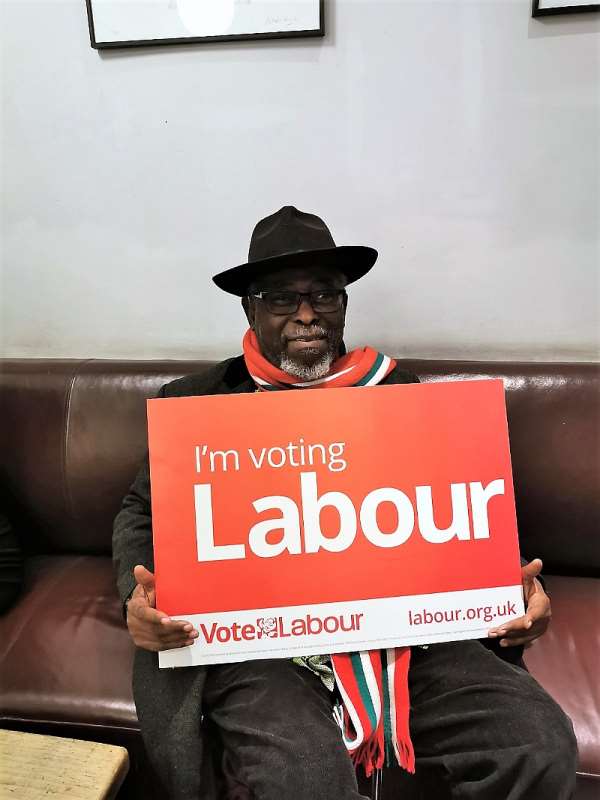 In 2008, I was invited to a Labour Party fundraising event in Streatham. I met the Labour Party MP who was in conversation with the person who eventually succeeded him. When asked about my politics I told them that as an Nkrumaist, the foundation of my politics was about social justice, self-reliance and pan-Africanism.

I felt that the Labour Party had squandered the goodwill developed with Africa by the Tory International Development Secretary Lynda Chalker in her by reneging on a tenet of the Lancaster House agreement and picking an almighty quarrel with Mugabe.

When further challenged, I promised to set out my thoughts in a blog post.

That was in 2008, I am now a very proud member of the Labour Party because for the first time the party is intent on fighting austerity, the one issue that is holding this country back, socially, economically and politically.

Blair’s Third Way was too centrist and seemed more like a carryover from the failed Tory politics of the past though Blair did come with some refreshing policies on pay. Brown could not energise his party and the electorate to follow him and his nativism “British Jobs for British people” was an out of character appeal to the right-wing. Miliband, the younger, did not have any new policies though he claimed that he was intent on modernising the Party he seemed so far out of touch with Labour voters and the wider electorate to the extent that, come the election his choicest weapons were the tablet of stone and an immigration mug that sent Labour into another meltdown.

Jeremy Corbyn was a surprise candidate to succeed Miliband. He made a lot of common-sense statements during his campaign that really mattered to the mass of Labour voters. For the first time, here was a candidate who was speaking the truth and speaking from his heart, this was a candidate whose truth resonated with all sections of the party.

Corbyn went to Parliament to vote against the government agenda on welfare to which the caretaker leader, Harriet Harman, had acquiesced. This bold move made a lot of sense as it signalled the start of the fight against austerity which Corbyn is finally winning. Where was the sense of fairness in single parents and other vulnerable people being made to suffer for the financial failures and the subsequent bailout of the banks!

Then came the referendum on Europe. The Tories led the Remain Campaign and Cameron would have claimed victory if he had won and yet some Labour MPs decided to put the blame on Corbyn for the loss. Corbyn fought the unfair decision by Party officials to prevent him from standing in the leadership contest that was triggered by the ‘chicken coup’ and it was such a shame to see fair-minded people in the Party trying to stop people from joining to support him. The representatives of the Party no longer wanted to listen to the members, they wanted the members to do their bidding and they wanted to disenfranchise the growing membership.

The Party had turned into a tarnished brand, an echo chamber of centrist views of representatives who wanted to hold on to conventional wisdom about how elections are won with no serious thoughts about their members and the electorate at large. And yet with a leader who had breathed new life into the Party, who wanted a debate about policies and programmes, and who wanted Labour to rethink its position to move the Party closer to the members in the electorate here were different sections of the Parliamentary Party ready to undermine his competence and beliefs.

I joined the Labour Party because it represents the best chance of transforming this most resourceful country into a fairer self-sustaining society. The present leader affords better scope and space for providing thought leadership on a variety of important issues. Corbyn is better able to respect this country as a multicultural society. He is the type of leader who allows for debate about strategy and method for achieving a better society.

The Labour Party is the only Party that will genuinely invest in the NHS to achieve better outcomes for the users, encourage the use of alternative and more effective therapies in mental health, stop the creeping privatisation that will guarantee that it remains free at the point of delivery.

Labour will prevent the postcode lottery, will encourage alternative methods of delivery, ensure shorter waiting times and prevent inequalities in health care. Labour is also better able to create that seamless bridge between health and social care and allay the fears of all those who use the service, especially the vulnerable and the elderly that they will live their lives in dignity because they will get adequate support from the state.

Labour is the only party that can provide excellent and affordable education for all within the state school system from nursery to tertiary, that can provide outstanding training facilities, work experience and internship places that would guarantee fairer interviews for jobs, and ensure a fairer equality of opportunity in employment, training, appraisal, progression and promotion in the workplace. This is the Party that would fight for workers’ rights that have been eroded by legislation from successive governments and remove the ethnic pay penalty and bridge the gender pay gap.

The Party now listens to the views of all to help shape and influence policy. It continues to fight against racial inequality. It has plans to increase the representation of ethnic minority people at both the councillor and MP levels. All women’s shortlists now include black women and very soon it should introduce all black and minority ethnic shortlists. This is Party that is examining how the numbers of black people in the criminal justice system will be decreased by banishing all forms of institutional racism at the different levels of the party.

The Party is now learning how to respect democracy again and allowing the grassroots to have their voices heard rather than imposing its credo on the members. It now agrees that there should be integrity in the party business, not hypocrisy.

The Party now has a credible international aid policy where its commitment is neither tied to disagreement nor swallowed in the aftermath of war policies. Indeed, there is now a principled approach to how military interventions are carried out in other countries. War kills and Labour must not support a killing machine especially when we are clueless about the consequences and aftermath of the intervention. We will fight for a Labour Party that is committed to peace around the world and negotiation in all the world’s trouble spots and we will not create fresh trouble spots by reckless interventions.

The Party’s campaign against austerity is unparalleled, it is fighting against benefit cuts against the vulnerable, it is exposing how tax cuts are being given to rich people whilst manipulating the safety net that allows people to live with dignity in an advanced industrial country. It is almost as if balancing the budget is so important that some have to pay for it whilst spending money on useless wars and keeping weapons of mass destruction at a huge cost as a deterrent to some future war.

This Party believes that industrial, commercial and financial developments should be initiated in other regions to keep pace with London. This Party will encourage alternative structures of enterprise so as to energise people from all sectors to consider enterprise development as an alternative to employment, a party that will concentrate on local enterprise development as a means of rehabilitating the decaying and dying high streets, that will pay attention to the creative industries side by side with the high tech business, that will look more favourably on the environment and consider renewable sources of energy.

In Jeremy Corbyn, we have a principled leader, we have a leader that is not arrogant that will not impose his narrow personal wishes against most of the Party. We have a leader who is in tune with the large membership who have joined the Party to work towards a Labour victory.

Jeremy Corbyn seems to be that rare breed of leader who is intent on a consensus forged out of the different shades of opinion, I can resonate with his manner, with the breadth of backgrounds in this shadow cabinet and have confidence in him. As a politician this is the first time that anyone has had a following bigger than Margaret Thatcher or Winston Churchill.

It is because of Jeremy Corbyn and his authentic Labour values for social justice, self-reliance and pan-Africanism that I will campaign for a Labour victory and I agree with him that fighting an election that he will win should be when he chooses not when he is asked.

Brexit is important, we campaigned against it and we lost, we are democrats and we must force a no-deal Brexit, but we cannot go against the wishes of the people to stop Brexit.

We must remember that it is only a small element of the conservative party that advocated for Brexit and that is intent on a no-deal Brexit. Brexit is not what distinguishes us from the Conservative Party! We will be missing the point if ask to remain and forget what pushed this country in Brexit in the first place. Austerity! Austerity is the difference between a fulfilled life and a miserable one, we must fight it and when the general election comes, I will take to the airwaves and social media to campaign for a Labour victory. That is what this country needs and under a principled leader such as Jeremy Corbyn we shall deliver for the many, not the few.

Ade Sawyerr is a management consultant who works on enterprise, employment and community development issues within the inner city and black and minority communities in Britain. He is also a community activist involved in several local and national causes. He comments on social, economic and political issues with a strong interest in cultural, diversity and third world issues

Ade recently joined the Labour Party after several years voting for Labour and can be reached at www.adesawyerr.wordpress.com or [email protected]