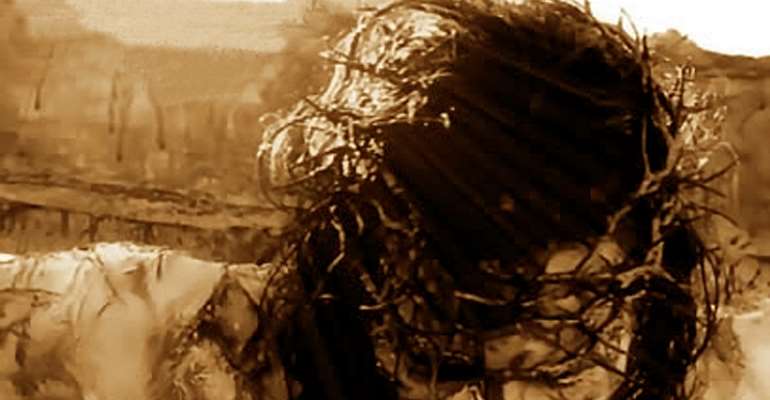 Keeping in line with the request of God, the church in Israel and the world is evangelising the remaining Jews sitting on the fence of salvation. Such will come to pass to fulfill the "Word " of God through Jesus Christ YESHUA.

Welcome to Vayera (And He Appeared), this week’s Parasha (Torah Portion).

We know you will be blessed as you follow along with us in this portion of Torah that will be read in synagogues around the world during the Shabbat (Saturday) service. Enjoy! Israel remembering their history, life, relationship with God is far more than religious ceremonies. This means that our God is real and we know He exists.

"The Lord appeared to Abraham near the great trees of Mamre while he was sitting at the entrance to his tent in the heat of the day." (Genesis 18:1)

Last week, in Parasha Lech Lecha (Go Forth!), God commanded Abraham to leave his native land and go to the Land He promised.

Parasha Vayera opens with the Lord appearing to Abraham as he sat in his tent door in the heat of the day.

Jewish sages believe that this visit from the Lord occurred while Abraham convalesced after his circumcision at 99 years old.

Abraham delighted in offering hospitality to these strangers. Even though he didn't know who they were, he gave them his best!

The Word of God promises that as we give, so shall it be given unto us in good measure.When we bless others, we plant seeds of blessing that will return into our own lives.

“A generous person will prosper; whoever refreshes others will be refreshed.” (Proverbs 11:25). Great isn't it reader or believer of God?

This Shabbat Bless God with a Gift to support Israel, especially your prayers and service.

Hospitality seems to be a lost art in some cultures, especially in the West where the pace of life doesn’t easily lend itself to making time for all that is involved in caring for people in our homes.

In Israel and elsewhere, people may drop over at any time, and you need to be prepared to offer them hospitality. It is a cultural expectation in this society or societies.

Even the Brit Chadashah (New Testament) encourages us to show hospitality to strangers: “Be hospitable to one another without grumbling.” (1 Peter 4:9) The scripture concedes in doing so we might even entertain angels unawares!

The Book of Hebrews exhorts us to “let brotherly love continue. Do not neglect to show hospitality to strangers, for by this some have entertained angels without knowing it. (Hebrews 13:1–2)

And, in fact, the three men that Abraham entertained were angels. God sent messengers working for God's children, kingdom, or church.

Although the word used in Hebrew is anashim (men), it is clear from the context that two are angels and one is the Lord.

The Western (Wailing) Wall is located at the foot of the western side of the Temple Mount, on which the Holy Temple stood in Yeshua's (Jesus) day. God of yesterday, today, and tomorrow.

“He then brought some curds and milk and the calf that had been prepared, and set these before them. While they ate, he stood near them under a tree.’” (Genesis 18:8)

The food that Abraham and Sarah prepared — bread, curd, milk, and a calf — seemed to be eaten together at the same meal (Genesis 18:8).

However, in today’s Orthodox traditions, dairy and meat products must be separated. This developed from the command in Deuteronomy 14:21: "Do not cook a young goat in its mother's milk."

This separation is an extra-Biblical tradition that observant Jews follow as a way of preventing the actual commandment in Deuteronomy from being broken.

For that reason, at kosher restaurants in Israel and around the world, meat and milk products are strictly separated, to the point where some Jewish restaurants do not serve any dairy products whatsoever, and some do not serve meat.

But here we read that even Abraham and the Lord Himself, as well as angels ate milk and meat together! Fascinating!!!!

The separation of milk and meat is only one of hundreds of extra-Biblical traditions or man-made rules (called Halakhah) that many Jews believe they must obey. Man made or imposition, call it anything.

Some Rabbis will state (depending on which one you speak with) that Abraham waited either four hours, two hours, or 30 minutes between serving the milk and meat. Still, Scripture is silent on this point.

Yeshua (Jesus) taught against following traditions that contradict the Word of God or would cause us to disobey it.

Nevertheless, Yeshua may have kept this tradition, since it does not contradict the Word of God, and failure to follow this expectation would have set Him apart in an entirely unfavourable way, making it difficult for people to receive Him.

“Is anything too hard for the Lord? I will return to you at the appointed time (mo’ed) next year and Sarah shall have a son.” (Genesis 18:14)

After sharing a meal together with Abraham, the angel made an outrageous promise to both him and Sarah: next year, at the appointed time (mo'ed), they would have a son.

The word mo’ed (or mo’adim in the plural form) is used to describe the appointed festival and remembrance times in Leviticus 23. In English, these times are loosely translated as feasts of the Lord, but this is a poor translation, since one is actually a fast.

The mo’adim are special times that God has chosen or appointed for a specific purpose. In this case, that purpose is the fulfillment of God's promise to give Abraham and Sarah a son.

Sarah's initial reaction to this promise was to laugh to herself because she was well beyond childbearing age.To this God responded, “Is anything too hard for the Lord?” (Genesis 18:14) There may be promises that we have received from the Lord that perhaps seem impossible; however, we should be encouraged by the words of Yeshua who reminded us, “Everything is possible for him who believes.” (Mark 9:23)

The birth of Isaac and of Yeshua were both at set times (mo'adim).

In the Brit Chadashah (New Testament), we see another important mo’ed or set time.

An angel came to a young, Jewish woman named Miryam (Mary) to tell her that she would conceive without having known a man intimately, by the power of the Ruach HaKodesh (Holy Spirit).

Furthermore, her son would be called Yeshua (Salvation), and He would reign eternally over the house of Jacob/Israel from the throne of His father David.

While this may seem outside the realm of possibility, the angel told Miryam that “nothing will be impossible with God.” (Luke 1:37)

The same God who parted the Red Sea can truly make a way where there is no way, if we will only believe. But it must happen in His way and His time, not our way on our schedule. Our job is to wait in hope, faith, and expectation until the set time (mo’ed) arrives. Waiting on the Lord has become a casualty in the modern era.

And we can also look forward to yet another set time (mo’ed) when God — who allowed a temporary blindness to come upon His Jewish People so that the fullness of the Gentiles may come in — will remove that blindness. Then all Israel will be saved, HALLELUJAH.

Further on in this Torah portion, we read that Sarah does give birth to a son with Abraham as the father (who is now 100 years old) at the set time (mo’ed) of which God had spoken (Genesis 21:1–3).

Abraham named him Isaac, which means laughter, for Sarah said,“God has brought me laughter, and everyone who hears about this will laugh with me. ... Who would have said to Abraham that Sarah would nurse children? Yet I have borne him a son in his old age.” (Genesis 21:6–7)

Let us not nullify the promises of God in our own lives through unbelief but be fully convinced that God will bring forth His promises, even those that seem not only unlikely but absurd, in His appointed time.

“He did not waver at the promise of God through unbelief; but was strengthened in faith, giving glory to God, and being fully convinced that what He had promised He was also able to perform.” (Romans 4:20–21).

Precious, believers we're treasured very much by our God and so He will never forget about His promises and faithfulness. SHALOM!!!!