Many pitfalls in reform of Africa's CFA franc

By Pierre DONADIEU with David ESNAULT in Abidjan
Africa 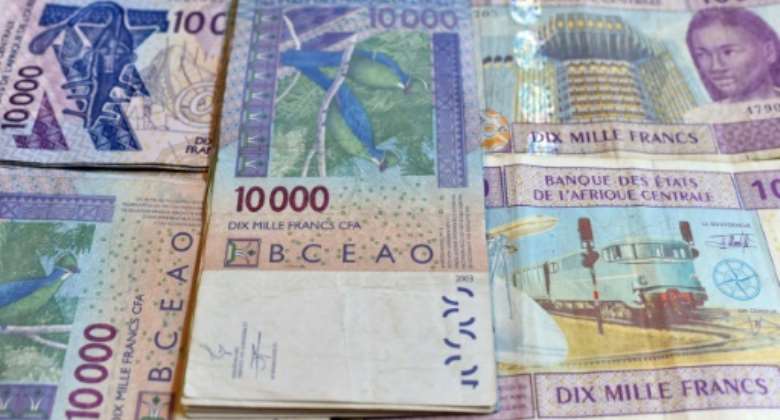 Calls to overhaul the West African CFA franc, a currency tied to the euro and historically rooted in French colonial rule, raise a host of thorny problems, analysts say.

Eight countries use the euro-pegged West African CFA franc, which enjoys unlimited convertibility with the euro.

This is brought about by the countries depositing 50 percent of their reserves with the Bank of France, which guarantees payments into euros even if a CFA member state cannot cover import payments.

The link to France and the euro provides an important measure of financial stability -- but is politically sensitive in countries that have been independent from France for nearly six decades.

Earlier this year the 15 member states of the Economic Community of West African States (ECOWAS) agreed to adopt a single currency, the "eco", as early as next year.

As ECOWAS includes the eight members of West African Monetary Union (WAMU), the eco would supplant the CFA franc for those countries.

But prospects of earlier changes to the region's currency dramatically surfaced this month when Benin leader Patrice Talon said the WAMU states planned to pull their reserves from the Bank of France.

"We are all agreed, unanimously, that we should put an end to this model," Talon told French broadcasters RFI and France 24 on November 14.

He said there was a "psychological problem" with the CFA franc rather than a "technical" problem.

Ruben Nizard, an economist with export insurance firm Coface who focuses on Africa, sounded a loud note of caution.

"Withdrawing exchange reserves (from French supervision) would call into question one of the pillars of the franc zone," notably the convertibility guarantee offered by Paris, Nizard said.

If the guarantee is scrapped, this would open the door to questioning the franc's fixed exchange rate, of 655.96 CFA to the euro.

They are tied to the eurozone's monetary policy, which is unsuited to their needs, they argue.

"The priority of African economies is not the fight against inflation -- they need investment and jobs."

But there are other factors in the debate, beyond management of monetary and economic policies.

"Changing the location of where reserves are held is above all a political and symbolic issue," said Noel Magloire Ndoba, a Congolese economist, consultant and former dean of Brazzaville's Faculty of Economic Sciences.

"Why not deposit these reserves with an African central bank? We are in the 21st century, Africa must take over management of its own central bank and currency," Ndoba argued.

By severing the chain to the euro, West African countries would then be able to link the CFA franc to a basket of currencies, which would better suit the region's exporters, Ndoba said.

"We need to move to fixing it against a basket of currencies, the euro, the dollar, the yuan, which corresponds to Africa's trade partners -- Europe, the United States and China," he said.

Despite the unity proclaimed by Benin's president about pulling their reserves, it is unclear if all WAMU states are ready to make the move.

Ivory Coast, the leading economy among the eight countries that use the West African CFA franc, has refused to comment.

Africa's financial interests would be better served by severing the fixed euro link and depositing reserves in Africa instead of France as currently, say the proponents of reform. By SEYLLOU DIALLO (AFP/File)

Withdrawing the reserves would appear a prerequisite for the "eco" to ever get off the ground.

Nigeria, whose oil-dependent economy accounts for two-thirds of the region's gross domestic product (GDP), has been sceptical about the benefits of a common currency.

But it has been clear that it wouldn't want the Bank of France to hold the reserves of the "eco".

For Nizard, Talon's statement was "perhaps a means of putting the subject back on the table."

France, for its part, is letting the CFA franc members decide what they want to do.

"If a majority of CFA zone member states wish to advance towards an ambitious reform we would say yes," French Finance Minister Bruno le Maire said.