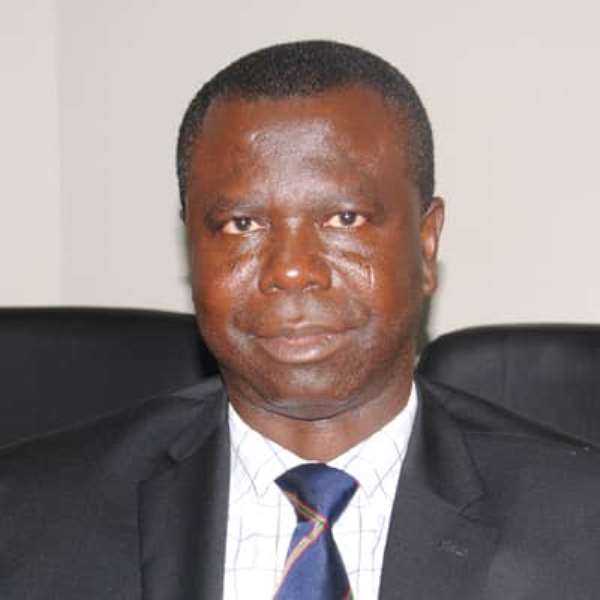 We the Patriotic Youth Alliance of our great Party would like to express our profound gratitude to His Excellency President Nana Addo Dankwa Akufo-Addo for appointing Dr Baffour Awuah as the next Director-General of Ghana Health Service.

We entrust that, the capabilities of Dr Awuah will bring more expertise to improve service delivery in the country. Dr Baffour as one of the astute medical practitioners with rich experience in health administration, we believe will help add more value to the success chopped by our government in the health care delivery of our country.

Dr Baffour Awuah as an academic and health practitioner with extensive level of experience spanning over 25 years as a consultant radiation oncologist and specialist in cancer who has been working at Komfo Anokye Teaching Hospital since 2010.

As we are congratulating Dr Baffour and thanking H.E the President, some party people with hidden malicious agenda with reasons best known to them are fabricating unsubstantiated and falsehood propaganda claims against Dr Awuah’s appointment. Some party members who do not know the contribution of Dr Awuah towards the victory the party chopped in 2016 general elections are aligning Dr Awuah to the opposition party with the interest of convincing the President to revoke his appointment. The same people are on various social media platforms indicating that Dr Awuah is a native of Dormaa where the Honorable Minister of Health hails from, hence his appointment as Director-General. Surprisingly, Dr Awuah is a native of Denkyire from NYINWUSU, in the Upper Denkyire West District.

His sister by name Augustina Hagan was as a former women's organizer from 1992-2000 in the Upper Denkyire District in the former President Agyekum Kuffour’s administration. His nephew Isaac Awuah, is the current Municipal Chief Executive of the Upper Denkyire West District. Dr Awuah also contributed financially by providing buses to convey students in the various universities to their various constituencies to vote during the 2016 general elections. He also financed the activities of various identifiable groups in the Ashanti and Central regions. Dr Awuah as staunch member of our party was appointed as a special health advisor to the Ministry of health after we won power, so we asked people describing him as an opposition member, that if Dr Awuah was with the opposition why would the Minister appoint him to such position?. We the members of Patriotic Youth Alliance find their reasons as a supportive agenda of the opposition NDC in painting the government as family and friends.

We are by this statement warning all party people who intend to bring the hard-earned reputation of Dr Awuah and this government into disrepute will face our wrath and curses. We will squarely meet any member boot for boot in the way of Dr Awuah’s appointment.

We believe the reign of Dr Awuah would bring more success this government has chopped closer to victory 2020 and beyond.