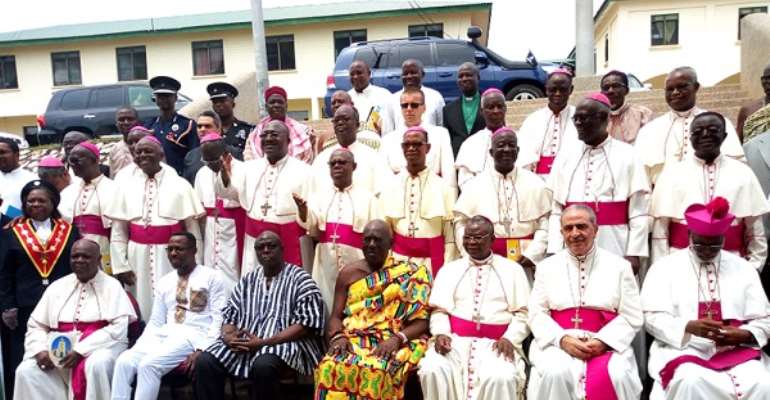 The Ghana Catholic Bishops Conference (GCBC) has said the Catholic Church will oppose any attempt to adulterate the nation’s moral values.

It has, therefore, called on parents and the church to play active roles in the upbringing of children by instilling religious and moral values in them.

Speaking to the media after the opening of the 2019 Plenary Assembly of the conference in Cape Coast, last Monday, the President of the GCBC, the Most Rev. Philip Naameh, in apparent reference to the alleged attempt to introduce Comprehensive Sexuality Education in basic schools, said the church was opposed to that idea because “this is not part of our values”, adding that “sex is not something that you do arbitrarily; that is what essentially differentiates the human beings from animals”.

Conference
The conference is on the theme: “Baptised and sent: Living our mission in Ghana today”.

The Most Rev. Naameh said the context of sexuality education should be done with marriage in mind and not directed at five and six-year-olds.

He said all religions in the country accepted the sacredness of sexuality, and that getting people to engage in sex came with the responsibility of having a child.

Mission
He said the mission of the church was to send missionaries into the world to propagate the word of Jesus Christ.

He mentioned the challenges of the church to include the proliferation of religious bodies, the monetisation of Christianity, faithlessness and apathy, which he said required prayer, re-strategising and healthy collaboration among stakeholders.

The Most Rev. Naameh further called on the clergy and the lay faithful to design comprehensive programmes that would ensure that the church was “permanently in a state of mission”.

Appreciation
The Central Regional Minister, Mr Kwamena Duncan, expressed appreciation to the Catholic Church for the role it had played in the social and economic development of the country in areas such as education, agriculture and health.

The Omanhen of the Oguaa Traditional Area, Osabarimba Kwesi Atta II, expressed worry over the incidents of murder, defilement, corruption and other social vices, saying it was important for the church to get closer to the people.

For his part, a former Vice-Chancellor of the University of Cape Coast, Prof. K. K. Kuupole, commended the Catholic Church for its steadfastness in preaching the Gospel.