The Lord Is Our Companion And Strength 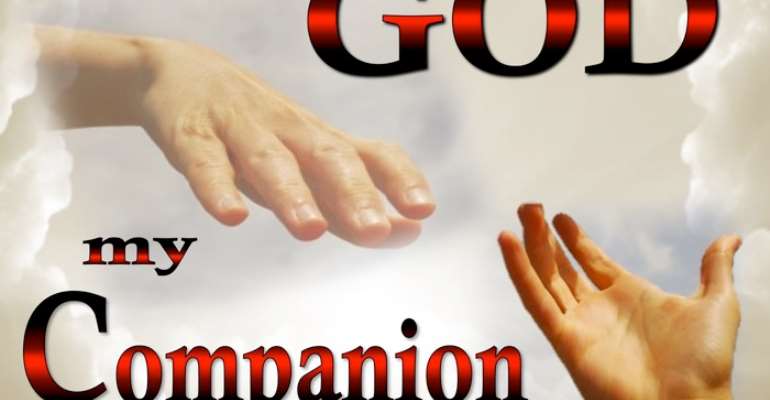 Christians encounter troubles and persecutions. When they happen, we should remember that even though it may seem we are alone, we are not lonely because the Lord is with us.

Modernly, in most jurisdictions of this world, an accused person is presumed innocent until proven guilty. The accused is usually given the opportunity to be heard and represented by a lawyer or sometimes by a trusted person who may provide character witness or simply moral and emotional support.

In ancient times, things were different. In most cases, the standard was reversed: the accused was guilty until proven innocent. The executive, legislative, and judicial powers were all fused into one powerful person as the chief, governor, king, or emperor with the supreme power to make, execute, and adjudicate the laws. Accused persons were given some limited rights to defend themselves.

However, the right to be represented by a lawyer was not one of them, a situation that was very risky for those like Paul who faced serious crimes which attracted the death penalty. Persons in those situations could rely primarily on friends, supporters, and sympathizers by their side to offer solidarity, provide moral support, and serve as character witnesses.

Anyone who knows anything about the Apostle Paul knows that he was a strong man of God, full of energy and filled with the Holy Spirit. He was also courageous. He was not afraid of death in the service of our Lord and Savior Jesus Christ. As an example, when a Prophet called Agabus warned Paul that he would be arrested by the Jewish leaders in Jerusalem and handed over to the Gentiles, and for that reason the other brethren pleaded with him not to go to Jerusalem, Paul ignored the prophecy and plea and went to Jerusalem where he was actually arrested and handed over to the Romans (Acts Chapter 21).

And so Paul, the champion of the Gospel who had written encouraging letters to the Churches, including the Church at Rome, found himself on trial in Rome without any friend or colleague by his side to provide moral support. Before you dismiss that as inconsequential because you think that Paul was strong and courageous enough to face the trial alone, remember that Paul was human just like us. The absence of friends or colleagues of the faith to provide moral support must have hurt him badly enough for him to have mentioned it in his Second Letter to Timothy. This was especially so since there was a significant number of believers in Rome.

In 2 Timothy 4:16-17 NIV, Paul wrote: “At my first defense, no one came to my support, but everyone deserted me. … But the Lord stood at my side and gave me strength….”

“No one came to my support, but everyone deserted me.” Paul did not have anyone by his side to defend or support him at the trial. Situations like that are more common than we think. For example, in a classroom or meeting, sometimes an aspect of the teaching or presentation may be unclear or confusing to many people assembled, but they may be too afraid or too shy to ask a question. If one person asks a question and a bad boss, teacher or presenter shames that person for not knowing the answer, the rest of us keep quiet. We do not defend or provide support to the person in trouble for the boss, teacher or presenter to know that others, too, do not understand. We allow that person to take the abuse alone, without our support, even though all of us benefit from any better explanation provided by the boss, teacher or presenter.

Christians should not act that way. There is strength in numbers. All of us who profess Jesus Christ should offer solidarity to each other. Christians must stand ready to defend or support genuine Christians who face troubles or persecutions because of Jesus Christ, the Kingdom of God, and righteousness. Prior to his arrest, Jesus knew that his disciples and followers would desert him, including Peter who denied him three times. However, that knowledge probably did not make the desertion any less painful. No Christian should face troubles or persecutions alone.

Fortunately, Jesus did not sugar-coat his message of the Gospel nor paint a rosy picture of the Christian life. He prepared his disciples to face hardships, troubles, and persecutions, and set an example through his own humiliation, suffering, and death on the cross. Jesus said, “I have told you these things, so that in me you may have peace. In this world you will have trouble. But take heart! I have overcome the world.” (John 16:33 NIV).

“But the Lord stood at my side and gave me strength.” Jesus helps us to overcome the world by standing by our side and strengthening us. When everyone deserted Paul, the Lord did not. The Lord was there not only to provide companionship and moral support, but to strengthen him. The Lord strengthened Paul emotionally, physically, and spiritually. That was why from prison in Rome, Paul could write confidently to the Church at Philippi that he could do all things through Christ who strengthened him (Philippians 4:13). Christ gave him the grace, peace of mind, and strength to endure and face the mighty Roman Emperor Caesar without fear.

Christ will do the same for us. In trouble, in sickness, and even in death, we have the blessed assurance that our Lord Jesus Christ will be with us. When everyone deserts us or fails to support us, Christ will stand by our side and provide support, grace, peace of mind, and strength. We have to exercise our faith and remember some of the parting words of Jesus, “… And surely, I am with you always, to the very end of the age.” (Matthew 28:20 NIV). And so the issue is not whether Christians will face troubles or persecutions, but whether we have enough faith to believe that Christ will be with us through the ordeals because his grace will be sufficient for us.

Part of Paul’s confidence in knowing that the Lord was with him must have come from his deep knowledge of Scripture. As a student of Scripture standing trial before Emperor Caesar and facing the possibility of a death sentence, Paul must have remembered Psalm 23 that even though he walked through the valley of the shadow of death, he feared no evil because the Lord was with him. So will the Lord be with us in our troubles, persecutions, and trials. Like Paul, we need to know the Scripture, pray, and have faith that God is with us and God will be with us.

Reciting Psalm 23 or saying the Lord’s Prayer or other prayers, for example, should not be mere formalities. We should have faith and believe them because there is power in daily communion with the Lord. With that power, we would be able to handle the troubles that Jesus said we would face knowing that he will stand with us and strengthen us. With that power, we would be able to stand with our brothers and sisters, as Jesus stands by us, and join in the third stanza of the hymn, “Stand Up, Stand Up for Jesus.”

Stand up, stand up for Jesus, stand in his strength alone; the arm of flesh will fail you, ye dare not trust your own. Put on the gospel armor, each piece put on with prayer; where duty calls or danger, be never wanting there.

PrayerHouse Ministry is dedicated to providing a quiet facility for Christians to pray individually by themselves without any intermediary priest, pastor or any other person. This is a free service. No money is demanded or accepted. One facility is located at Kyerekrom / Fumesua, near Building and Road Research Institute Offices, one mile off the Kumasi-Accra Road and next to a house called Grace Castle. If you are interested, please contact Agnes at 054-7498653. Another is located at Kantinkyiren, at the junction of Kantinkyiren and Konkori, off the Kumasi-Obuasi Road, branching left at Trede junction.