Would ACP Dr. Benjamin Agordzo Have Been Arrested And Prosecuted - If His Name Had Been Oheneba Nana Poku-Adu: Who Hailed From Kokofu? 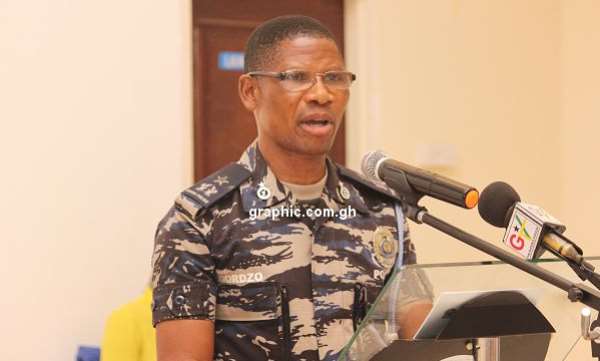 I was posed an interesting question, recently, by a highly-intelligent young lady who happened to read some of my articles posted on Modernghana.com, and wanted to know how it was possible to support President Akufo-Addo 100 percent and loathe his ruling party, the New Patriotic Party (NPP), at the same time.

Growing up, as a precocious 12-year old boy with a keen interest in politics, one often overheard dinner table and Telefunken radio telephone conversations, involving most of the main historical figures of the immediate post-Nkrumah era, who were in government after the overthrow of the then ruling party, the Convention People's Party (CPP). Many of the arrogant and tribalistic things one heard at the time were truly horrendous, even for the ears of a 12-year old innocent-abroad such as myself.

To begin with, dear reader, when the contentious issue of tribal-supremacists is raised in Ghana, it is always important to make the point that tribal-supremacists exist in all the ethnic groups in our country - and that wherever they are to be found, they are always a powerful and influential minority, amongst their own people.

And, they are habitues of the palaces of Paramount Chiefs, where tribal-supremacists, who are usually the beneficiaries of inherited privilege, rule OK, and are the sworn-secret-enemies of meritocracy.

It is also equally important, when raising the issue of tribal-supremacists in our country, to point out that President Osagyfo Kwame Nkrumah's vision for his nation and its aspirational people - during the fight to rid our Motherland of the sly colonialists from the United Kingdom, who had successfully occupied its landmass, because we were not a united people with a common destiny then - was that our country would eventually become a modern African nation-state in which no tribe was inferior or superior to another.

Today, luckily, thanks to President Nkrumah's cosmopolitan outlook and open-mindedness, our homeland Ghana has evolved into an enlightened and liberal African society, in which virtually all extended family clans invariably consist of individuals from diverse ethnic backgrounds, united by marriage and ties of consanguinity.

That is why the tribal-supremacists in our midst, will never wield as much influence as their desire for permanent dominance in our country, could ever strategically deliver for their narrow-minded and tribalistic leaders. The question is: Are those who insist that had Assistant Commissioner of Police, Dr. Benjamin Agordzor, been an Akan whose name was Oheneba Nana Poku-Adu and Hailed From Kokofu, no one in this administration would have dared to have him arrested and prosecuted, right in saying so? Hmmmm. Yooooo. Oman Ghana eyeasem ooooo - asem kesie ebeba debi ankasa!