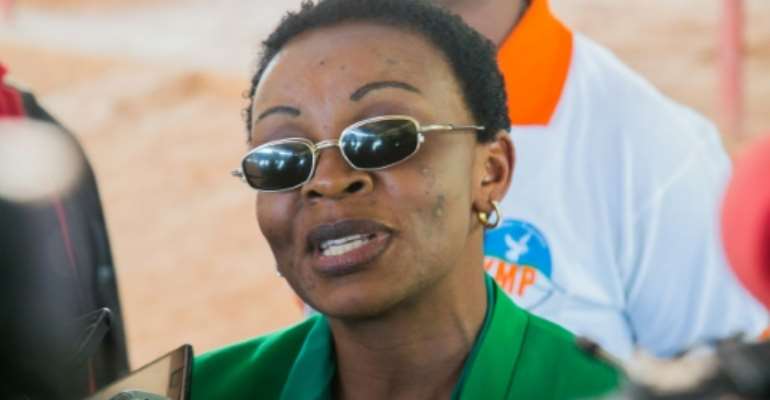 Rwandan opposition leader Victoire Ingabire announced Saturday she was launching a new political party, hoping it will be allowed to operate in a country where the ruling regime has no real rival.

Ingabire's previous party FDU-Inkingi, which she founded while in exile in 2016, was not recognised by the government of long-ruling President Paul Kagame.

She was imprisoned until receiving a presidential pardon last year from Kagame, whom she regularly accuses of suppressing freedom of speech, repressing the opposition and neglecting the country's poor.

"I am announcing the launch of a new opposition party," Ingabire told AFP, saying it would be called Dalfa Umurunzi (Development And Liberty For All).

"This will help me to continue the mission that had been assigned to me by the FDU-Inkingi party," she added.

"The political space in this country is very limited but we are ready to fulfil all legal requirements for registration and conduct our activities in accordance to the laws of the nation."

She returned from exile in The Netherlands intending to run for president in 2010 as FDU-Inkingi's leader.

But she was arrested, charged with terrorism and sentenced to more than a decade in jail during a widely criticised trial. She was unexpectedly granted early release alongside more than 2,000 other prisoners in September last year.

Ingabire, an ethnic Hutu, was accused of "genocide ideology" and "divisiveness" after publicly questioning the government narrative of the 1994 genocide of mostly Tutsi people that killed around 800,000 people.

Numerous FDU-Inkingi members have disappeared or been killed in mysterious circumstances over the last few years. The party accuses the government of brutally cracking down on dissenting voices.

One member was stabbed near the capital Kigali in September, while party spokesman Anselm Mutuyimana was kidnapped in March, his body later found in a forest.

Although Rwanda is constitutionally a multi-party system there is practically no opposition, with most of the recognised parties supporting the ruling Rwandan Patriotic Front (RPF).

Kagame, the de facto ruler since his rebel army stopped the genocide in 1994, has been praised for bringing stability and economic growth to his tiny nation but often comes under fire for restricting political freedom.

He commonly wins re-election with more than 90 percent of the vote.