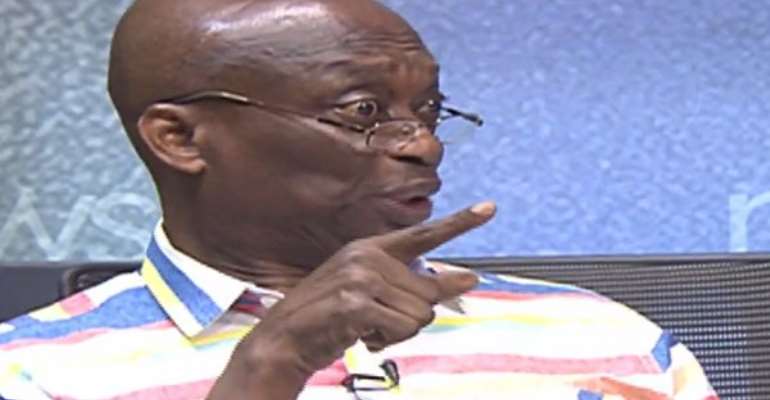 The Editor-in-Chief of the New Crusading Guide has rubbished a list by the opposition National Democratic Congress (NDC) alleging that President Akufo-Addo is running a family and friends government.

Abdul Malik Kweku Baako Jnr described the list of 51 persons as means by the NDC to just push a propagandist agenda.

“Assuming without admitting they are all truly friends and family of the president what is the percentage?” he quizzed while contributing to a discussion on the matter on JoyNews Newsfile hosted Samson Lardy Anyenini, Saturday.

Mr Baako noted that if the president appoints thousands of personnel to various positions in the country and 51 “that are his family and friends what is the percentage?” of the total number of appointments.

He probed further on how many of Akufo-Addo’s friends and family are in key positions like cabinet, ministers, deputy ministers, regional ministers and others.

The NDC on Tuesday presented names of persons it says are relatives and cronies within the Akufo-Addo government.

At a press conference, the National Communications Officer Sammy Gyamfi listed 51 names of relatives and cronies which he said pointed to “classic and unprecedented” nepotism within the Akufo-Addo government.

The list includes the entire nuclear family of Nana Asante Bediatuo who is a cousin to the President and is also his Executive Secretary.

Sammy Gyamfi referred to Nana Akufo-Addo’s vow to eschew nepotism and cronyism, a pledge which he made in January 2016 ahead of the general election

Mr Gyamfi described the level of nepotism as amounting to “total state capture.”