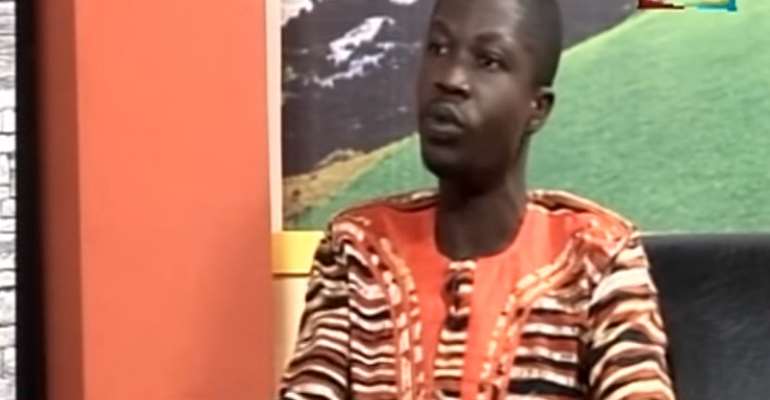 How veritable it is that the evil that men do lives after them. I, hereby, paraphrase it as the lies that you tell shall come back to haunt, if not bite, you. This is a message for the Kumawu Sekyere District Chief Executive, Mr Samuel Addai Agyekum.

This young man of established exceedingly youthful exuberance in lying between his teeth, was searched for by one Mr Daniel Adusei from Kumawu, a seeming vacillating member of the NPP. What a perfect match of two birds of the same feathers flocking together. He took him to Kumawuhemaa Nana Abenaa Serwaah Amponsah and the self-styling Kumawuhene Barima Sarfo Tweneboa Kodua, otherwise truthfully, known in private life as Dr Yaw Sarfo, for their endorsement to be finally taken to President Nana Akufo-Addo, to be appointed the District Chief Executive for Kumawu Sekyere District.

Following his appointment which did not sit well with majority of the NPP members in the district, as if they knew too well who and what he is, he has by his attitudes proved them right. He is known to be performing two obvious things with distinction. Firstly, he has become the lapdog of both Mr Adusei on one hand, and Kumawuhemaa and Dr Yaw Sarfo on another. Secondly, he has been lying about the achievements of the NPP government under President Nana Akufo-Addo, in the area.

To expatiate upon the two statements just made, this young DCE is understood to dance to the tune by Mr Adusei, awarding to him almost all the possibly lucrative contracts that have so come into the district since NPP came to power. They are principally School Feeding Programmes. Again, he has been doing the biddings of Kumawuhemaa and Dr Yaw Sarfo by way of stupidly like a headless chicken, masterminding and orchestrating the official intimidations of the members of the Kumawu Ananangya royal family. From my empirical observations and the reliable information reaching me, he has been initiating and colluding to harass and victimise Barima Tweneboa Kodua V, who is the inhabitants' preferred chief to Dr Yaw Sarfo. Because of Barima Tweneboa Kodua V's fame and popularity, he is seen by Kumawuhemaa and Dr Yaw Sarfo as a threat to them hence, their bitterest enemy.

How is he a threat to them? Is it because he is standing tall to be counted in his quest to ensure that his ancestral Kumawu Kodua Stool usurped from them comes back to its rightful owners or beneficiaries? If that is how and why they consider him to be a threat, then tough to them.

The DCE in his myopic mind-set sees his overtly diabolic harassments of Barima Tweneboa Kodua V and his teeming supporters as a reward to, or paying in kind, the favour to him by Kumawuhemaa and Dr Yaw Sarfo for helping to get him appointed as the DCE for Kumawu Sekyere District. He has intricately got himself involved in the ongoing Kumawu chieftaincy dispute for all silly and selfish reasons very unimaginable of a DCE appointed by the president to ensure the development of the district.

He keeps lying about what the NPP government under the presidency of Nana Akufo-Addo has done for the people in the district, and the district itself. As one can hardly point to any single development in the area that can be attributed to the current NPP government apart from the nationally-beneficial free Senior High School educational policy to all Ghanaians, this DCE is constantly on air (television and radio) informing the whole country about the big projects the current NPP government has realised in the district. I have on a number of occasions published articles warning against the dangers of the DCE's infatuation with lies which are detrimental to the people in the district, and can cost them dearly.

In the apparent absence of any developmental achievements in the area, the DCE claims that so many projects have been built in the district under His Excellency Nana Akufo-Addo. It is nice to praise the president but to tell the nation that he has brought essential developments to the area whereas it is not true is an offence and an insult to the intelligence of the people in the district. The contents of the web link below tells it all without me necessarily going to the lengths to explain things any further.

Read More: Sekyere Kumawu DCE Is Playing A Big Time Role Of Spin Doctor For NPP Dr Yaw Sarfo and the people of the district should see the DCE but not the president as the person who does not want the district to get its fair share of the national cake. The DCE to me is selfish. All that he does is to keep his job but not to help the district and its inhabitants. However, to seek to achieve his objective by telling the whole Ghana that Kumawu has got this or that under President Nana Akufo-Addo's regime whereas it is not true, rather makes him look a big fool and a misfit in the eyes of discerning Ghanaians.

Why would Dr Yaw Sarfo threaten to vote NDC come 2020 elections if the Kumawu Government Hospital was not completed by then? I have got the video to that effect on my WhatsApp wall.

In my eyes, the DCE has no integrity. He had better be sacked. His fondness for telling lies as could be seen from his YouTube postings is overly documented to culminate in sacking him and being confirmed as the enemy of the district.

Would somebody please tell him his functions as District Chief Executive within the Local Government? Were NPP to go into opposition in 2020, the actions by Kumawu DCE as may be replicated in other districts by other DCEs and MCEs will have caused that.

It is by letting the president or the government know the truth that Kumawu Sekyere District will get a share, if not her fair share, of the national cake, when it is being distributed. If you are poor and you claim to be rich, it is on your sickbed or deathbed that the truth will be made obvious to all.

A word to the DCE and the people of the district is sufficient.