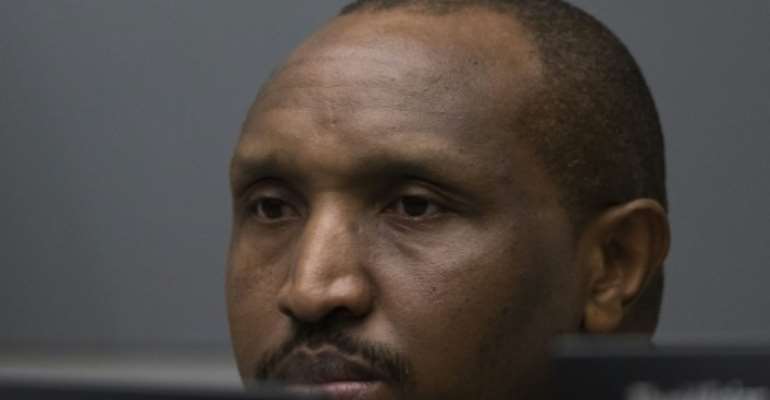 Nicknamed the "Terminator", Congolese warlord Bosco Ntaganda was handed the ICC's longest ever sentence for war crimes and crimes against humanity. By Peter DEJONG (ANP/AFP)

Congolese warlord Bosco Ntaganda's lawyers said Friday they will appeal a 30-year jail term handed down by the International Criminal Court, adding that the former rebel was "at peace" with himself.

Ntaganda, nicknamed the "Terminator" for his reign of terror in the northeastern Democratic Republic of Congo in the early 2000s, was given the tribunal's longest-ever sentence on Thursday for war crimes and crimes against humanity.

"Bosco Ntaganda's defence... intends to appeal the sentencing judgment," his lawyers said in a statement, adding that the decision by the court "contains many errors of law and fact".

The Rwandan-born 46-year-old has already appealed his conviction in July on 18 counts including murder, sexual slavery and using child soldiers.

Judges said Ntaganda was a "key leader" of the Union of Congolese Patriots rebel group and its military wing, the Patriotic Forces for the Liberation of Congo (FPLC), in the DRC's mineral-rich volatile Ituri region in 2002 and 2003.

Most of the charges against him related to a series of gruesome massacres of villagers carried out by his fighters.

"He maintains and firmly believes that the manner in which he is portrayed in both the trial judgment and sentencing judgment reflects neither the truth nor the reality," his defence team's statement added.

He is only the fourth person to have been convicted by the ICC since it was set up in 2002 to try the world's most serious crimes.

His conviction was seen as a boost for the ICC after several high-profile suspects walked free. The court has also been criticised for mainly trying African suspects.