Who will buy Napoleon's boots? 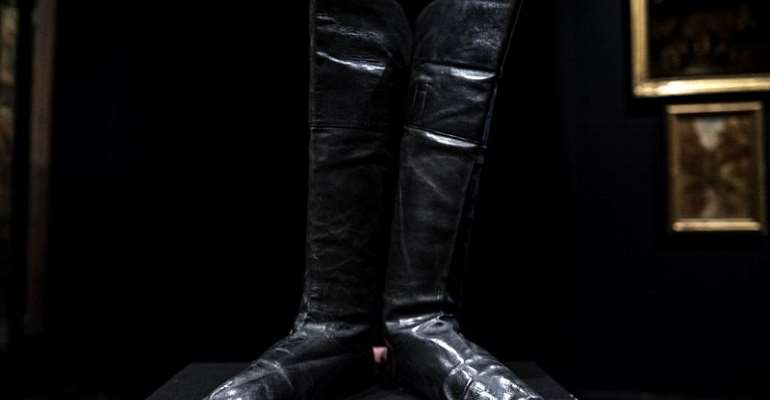 A pair of boots worn by Napoleon when he was in exile is expected to fetch up to 80.000 euros at a sale in Paris' Drouot auction rooms later this month.

A pair of boots worn by Napoleon during his final exile in St. Helena are to go under the hammer in Paris later this month.

The size 40 boots (roughly seven in British measure) were given to a sculptor working on an equestrian statue of Bonaparte by General Henri Gatien Bertrand, who had followed the French leader into exile on the far-flung South Atlantic island after his defeat at the Battle of Waterloo in 1815, auctioneers said.

Napoleon had a large collection of footwear, which he bought from the Paris shoemakers Jacques in Montmartre.

Although British propagandists often caricatured the Corsican as an authoritarian midget, at 1.69 metres (five foot two inches) he was actually above average height for his time.

The boots were gifted by the son of sculptor Carlo Marochetti to the French politician Paul Le Roux, a minister under the Second Empire of Bonaparte's nephew, Napoleon III.

His family has kept them since, said auctioneers Binoche & Giquello.

General Bertrand returned to France after the death of his beloved leader in 1821. Many French people still suspect Napoleon was poisoned by his British jailors.