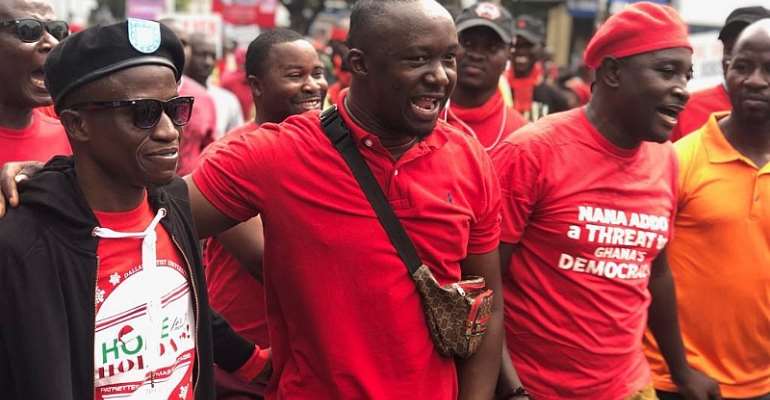 A group calling itself Alliance for Northern Pride, in the Northern Region has served notice to embark on a street protest tomorrow Saturday in Tamale to demand the resignation of the underfire Agric Minister.

The group says the match is against what they termed as denigrating comments made by the sector minister Dr Afriyie Akoto Osei.

It is also to serve warning signals to government ministers to desist from such acts, they added.

Dr Afriyie Akoto in an interview aired on Accra-based Joy TV on Wednesday, 30 October 2019, allegedly said that the government’s flagship Planting for Food and Jobs (PFJ) programme has raised the economic status of people living in the north.

The minister said, the program has enabled them to build cement houses, roofed them with modernize roofing sheets and able to purchase motorbikes.

The comment angered indigenes in that part of the country, and demanded an apology with a 24 ultimatum.

The minister has flatly denied any act of wrongdoing, described it as an NDC political machinations. Refusal to apologize subsequently, prompted tomorrow’s match to demand for his resignation.

Prominent people in the region including, the Overlord of the Gonja Kingdom, Yagbonwura Tuntumba Boresa I, in an earlier statement expressed his displeasure over the comments made by the Agric Minister.

The group has described actions of the minister as a gross disrespect to northerners and that is calling on social groups and youths to join in the match.

The match will be led by Chief Dakpemah Diema Naa, the entertainment chief of Tamale and the Savannah Regional director of communication for the NDC, Malik Basintale.