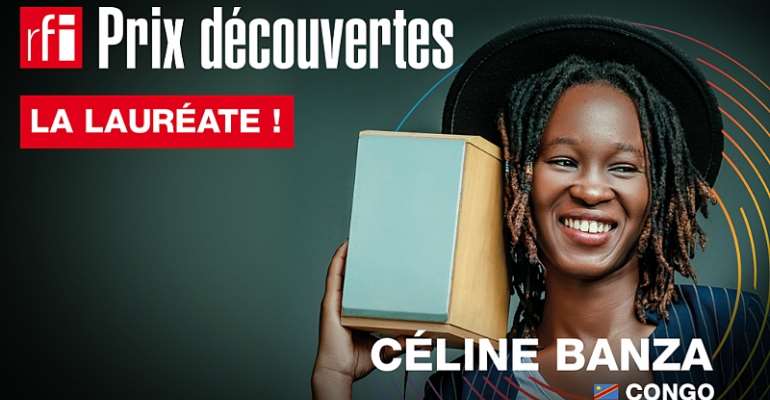 Congolese singer Céline Banza has been named 2019 winner of the RFI Discoveries Music Award. The jury, presided over by a host of international artists including Angélique Kidjo and Tiken Jah Fakoly, selected Banza ahead of ten finalists from across the African continent.

22-year old Céline Banza sings folk-inspired ballads and she impressed the jury with the quality of her melodies and her voice.

She started out as an actress, performer and videomaker and in 2017 she inspired a short film, Tamuzi, in which she played herself.

She discovered a passion for music two years ago thanks to choreographer-dancer Faustin Linyekula at Kabako Studios in east DRC where she got the chance to mix with dancers and rappers.

She gave her first stage performance in the same year at the Alliance Française in Kinsangani.

On returning to Kinshasa, her town of birth, she began studying at the Institut National des Arts.

“I began with the guitar, then studied ethnomusicology," she told RFI. "It was good for me to discover music from elsewhere, and in other languages. That's how I realised I could sing in my native language.”

In 2017, she took part in the talent show “The Voice Afrique Francophone” which confirmed her conviction to become a professional singer and she formed her own band Banza Musik.

Earlier this year she performed at the Kazz Kif festival in Kinshasa and Brazzaville, then at the African Music Forum at the Institut Français in Kinshasa.

She is currently recording her debut album, due out in 2020.

“My life, the people around me, everything and everyone I meet is what inspires me as an artist.”

As this year's Discoveries Award winner, Banza gets not only recognition from the jury-members, but the opportunity to bring her music to a much wider public via a concert in Paris and a tour of the African continent organised by the Institut français.

The competition is open to musicians from Francophone and Lusophone Africa, the Indian Ocean and Caribbean.