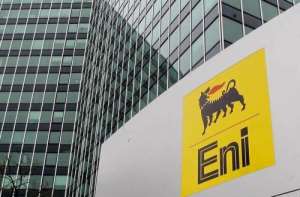 Oil exploration and production firm ENI Ghana has disputed claims of being racially abusive by breaching the Local Content Laws and paying Ghanaian citizens working there salaries far below their colleague expatriates and others.

The Italian oil and gas giant operating the largest integrated field in the country says wherever it operates, in all 67 countries throughout the world, it undertakes activities according to the highest international standards and best practices, in accordance with local laws, within the parameters set out by competent authorities, agencies and local regulatory frameworks.

The company says it struggles to understand the accusation of breaking local content laws, being racially abusive and engaging in unfair labour practices.

Managing Director of ENI Ghana, Roberto Daniele, in response to an email message to Joy Business said, “Wherever we work, ENI promotes international labour standards through regulatory documentation, trade union agreements at the national and international level, management and development processes and training and communication initiatives.”

He added that in 2008, ENI drew up a Code of Ethics which makes “explicit reference to workers’ rights and the freedom of trade unions, as well as the fight against all forms of discrimination, forced and child labour.”

He further added that, the company’s policies promote the creation of a work environment in which diversities of any nature are enhanced through a Diversity & Inclusion system in which equal opportunities are offered to all.

They also promote the creation of an inclusive environment without distinction of race, colour, gender, religion, nationality, political opinion, sexual orientation, social status, age or any other condition of the individual not related to the requirements necessary for the execution of the work, he pointed out.

Mr. Daaniele therefore told Joy Business the company takes the allegations of racism and slavery extremely serious, as such have never been made against the company in any of its 67 operations.

He therefore challenged individual employees or the Union to come forward if they have evidence of such. “They should share their evidences so as to allow the company to immediately investigate such claims and take the appropriate measures. Otherwise, if such claims are unsubstantiated, Eni reserves the right to prosecute false allegations that can damage the company’s reputation,” the statement said.

This reaction in the statement is because workers of the company are said not to be on a proper salary structure since ENI begun full and formalised operations almost 10years if not more.

Moves to formalised the salary structure is said to have dragged causing the workers union General Transport, Petroleum & Chemical Workers’ Union of Trades Union Congress Ghana (GTPCWU) which received complaints from the employees of Eni about unfair treatment when it comes to job appraisal, recognition and rewards writing to the upstream regulator the Petroleum Commission and the Energy Ministry over the matter.

They also complained bitterly that, Ghanaians employees at the ENI in the last ten years did not have job descriptions and salary/job role structure.

The letter which was signed by the Deputy General Secretary of the GTPCWU Francis Sallah stated that, “For instance, it was shocking to note that, the least cost of monthly rent of expatriates in Eni Ghana are more than the monthly gross salaries of Ghanaian 1st line managers. The annual school fees of their colleagues expatriate’s child in Ghana are more than the annual gross salaries of senior engineers. Our research team report done last year on Eni Ghana compensations and benefits reveals that about 300 Ghanaian employees (permanent & contractors) annual total labour costs is not up to 5% of the total labour costs of the expatriate colleagues who are just a little over 100. This is unacceptable and affront to the laws of Ghana.”

This single act of the oil and production exploration firm in the eyes of the union was extremely sad and disheartening as Ghanaians were being woefully underpaid compared to their expatriate colleagues on the same job in the same company as well as competitors in the industry such as Tullow and Aker among others.

On the local content accusation the Managing Director in his email message to Joy Business said more than 75% of Eni Ghana’s workforce is Ghanaian, which is well above the target set by Ghana’s local content regulations (L.I. 2204 regulations 1(c), 18).

The company he said has personalized development plan for every single local resource, and localization plans for all expatriate positions which is shared on a quarterly basis with Petroleum Commission to monitor its progress.

In addition, more than 1 Million USD is invested yearly on training alone for the professional growth of the Ghanaian resources disputing the fact that there have not been Performance appraisals in a long time.

On negotiations between Eni Ghana and the Union GTPCWU representatives on a salary structure he said that has ended with a satisfactory agreement for both parties. “Confidentiality of the negotiation and its outputs, which is in the best interest of both parties, prevents us from disclosing further information,” He said.