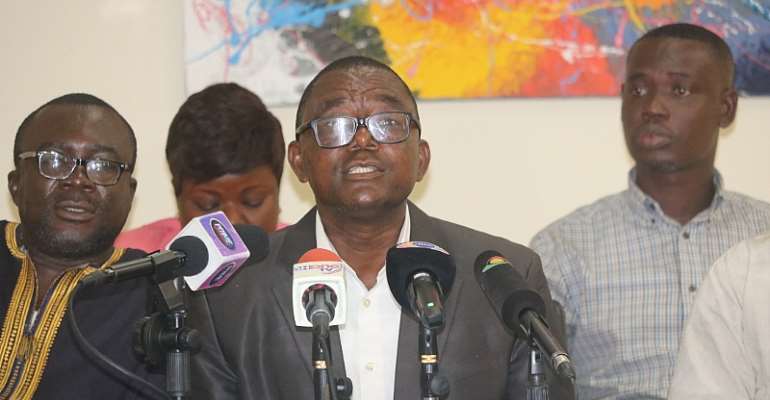 There is anger among the members of the Technical University Teachers’ Association of Ghana (TUTAG) who are accusing their National Executives of deliberate attempts to make the association an arm of the National Democratic Congress (NDC).

The upset within the TUTAG was because the leadership reportedly had an engagement with former President John Dramani Mahama without informing members.

Whiles the members are not against the meeting with the former President, they suspect that their leadership was up to something with political connotations.

According to them, the utterance of Dr. Solomon Kilson, President of TUTAG at the meeting with the Ex-President, who is also the Presidential candidate of the NDC, was more or less an endorsement of the NDC.

The meeting with Mr. Mahama was to solicit the views of TUTAG as the NDC continues to prepare and fine-tune its manifesto towards election 2020.

It, however, turned out that things discussed were deeper than soliciting for views for the manifesto.

According to the aggrieved members, what transpired at the meeting was a clear case of betrayal because their leadership did not discuss what they were going to say at the meeting.

At the meeting, Ex-President Mahama assured the members of TUTAG of the NDC’s commitment towards a comprehensive technical education and when given the mandate to govern the country in the next election, the party would continue with the conversion of polytechnics to technical universities including building six new technical universities for the newly created regions.

Meanwhile, the former President was reported to have assured a group calling itself Coalition of Concerned Technical University Lecturers that have hinted of their intention to withdraw their services and go to court over conditions of service.

According to them, they have been unfairly and illegally downgraded by the National Council for Tertiary Education (NCTE).

This means that after the conversion of the first six polytechnics to technical Universities, their staff was deemed to have the same status and designation as pertained in the erstwhile polytechnics.

TUTAG two weeks ago embarked on strike which was declared as illegal by the Labour Commission.

The strike was called off after series on engagements between government and the National Executives of the association to find solutions to their demands.