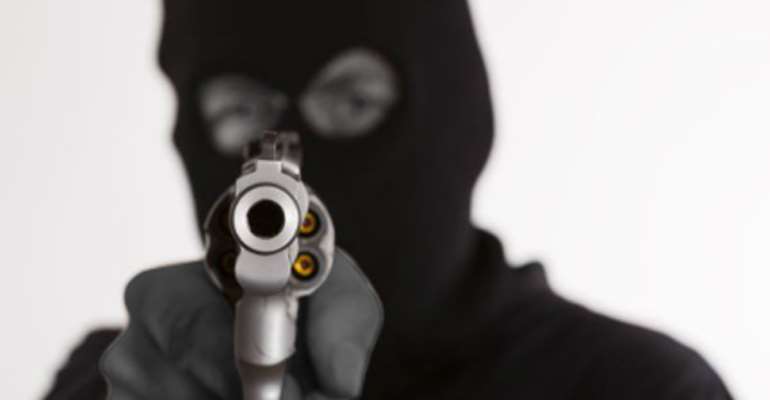 A cocoa purchasing clerk has been shot dead by some unknown assailants believed to be armed robbers.

The sad incident occurred on Friday at Maaban, near Tepa in the Ahafo Ano North District.

The robbers believed to be three were said to have entered Maaban around 2 pm and reportedly invaded an office where the deceased, identified only as Robert, was operating.

Eyewitnesses said the robbers were not satisfied with the money on Robert and expected more, and in the process shot him dead and fled.

The police were eventually called in but the robbers had vanished by the time they arrived.

According to sources, Robert willingly gave the money on him to the robbers yet he was shot to death.

Meanwhile, the police are said to have started investigations into the case to help arrest the robbers.