"The Presidency has warned that "bandits are spreading to the South West". 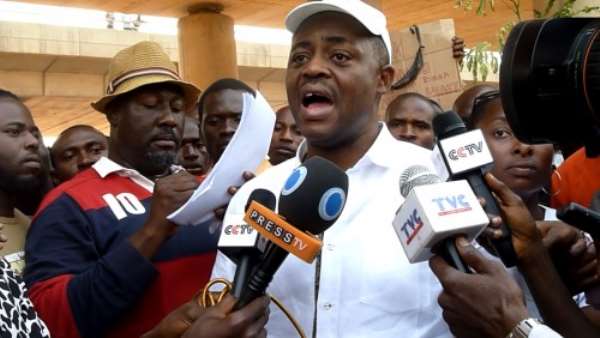 Let me state this loudly and clearly: the Buhari administration, either by commission or omission, are the ones that have covertly flooded the forests and towns of the South West with their Fulani terrorists and footsoldiers who they now conveniently call "bandits".

Their objective is to permanently occupy Oduwaland, subjugate and enslave our people and castrate and destroy our reverred elders and leaders. This plan is part of an ancient agenda which predates the establishment of Nigeria but which will not work. It failed before and it will fail again.

We the sons and daughters of Oduduwa and the princes, warriors, footsoldiers and freeborn citizens of the Anagos are NOT asleep and we are not weak. We are not traitors, cowards or bastards. We are a peace-loving people and we do not seek war or threaten violence or conflict.

However if we are sufficiently provoked and if the ethnic cleansing, genocide, mass murder and gratutious violence against our people does not stop we will be left with no choice but to rise up to defend ourselves and resist this ancient conspiracy and evil agenda with every drop of our blood.

We defeated the Fulani in 1840 and we will defeat them again. They failed to conquer us 200 years ago and they shall fail to conquer us again.

Not even one million Buharis with his Fulani herdsmen, Haramite footsoldiers, Islamist terrorists and Arewa-controlled Armed Forces can do it.

We are too big and too strong for them and, most importantly, despite all our foibles and internal divisions, God is still with us.

We would rather die an honorable death in the field of battle with a sword held tightly in our hand than bow to the tyranny and subjugation of the sons of Futa Jalon and Futa Toro"- Femi Fani-Kayode.

Nduom US suit: We're deeply sorry – PPP apologises to all Ma...
49 minutes ago