Can Nigeria’s Shadow Gov't Rise To Its Challenge? 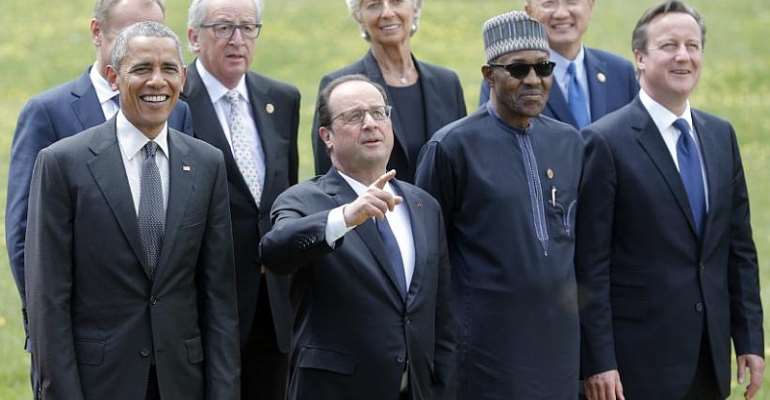 On 20 July 2015, Nigerian President Muhammadu Buhari visited President Barack Obama in Washington DC. He had planned for them to discuss Boko Haram and Nigeria’s ailing economy during his visit to the White House. But it had also been speculated that Obama might come up with some other proposals. It was pretty well known around the world that Washington planned to pressure Nigeria to rescind its anti-gay law and end its persecution of known and suspected homosexuals. The U.S. Assistant Secretary of State for African Affairs, Linda Thomas-Greenfield, had in fact said that the Obama administration elected to protect the lesbian, gay, bisexual and transgender community as part of its foreign policy commitment.

“As a government, it is one of our high priorities and strong values that discrimination against anyone based on sexual orientation and gender identity is wrong. We believe that human rights should be accessible to everybody. As a matter of policy, we will continue to press on the government of Nigeria as well as other governments which have provided legislation against the LGBT community”, Thomas-Greenfield said during a chat with local and international journalists in Washington DC.

Following the U.S. Supreme Court ruling the month before which legalized same-sex marriage throughout America, Obama had been inundated with a plethora of criticism s by African nations opposed to his support of the LGBT community. Kenyan leaders, among other African leaders warned him not to bring his “gay agenda” with him to their country when he visited Kenya later that month. Curiously, Buhari was silent about where he stood on same-sex marriage as Nigeria struggled to contend with plummeting oil prices and Boko Haram violent insurgency.

While many Nigerians and neutral observers expected the President to request the U.S. for military assistance to fight Boko Haram, they did not lose sight of the fact that Obama might decide to ask for something in return when the two leaders met in the Oval Office. There was a possibility that Obama could demand that Buhari relax Nigeria’s anti-gay legislation in exchange for U.S. funding. It would in fact be recalled that in January 2014, Obama had actually threatened to severe foreign aid to Nigeria after President Goodluck Jonathan signed the law criminalizing same-sex marriage. And then, ahead of Nigeria’s presidential election in March, Jonathan’s chief campaign director, Femi Fani-Kayode, went on to claim that the United States supported Buhari because the opposition candidate had vowed to legalize same-sex marriage, according to Nigerian news media.

“The proposition and offer was that if he was prepared to support a legislation in Nigeria to allow same sex marriage and if he was prepared to repeal the anti-gay laws in Nigeria, the United States would, in return, endorse, support and fund him, initially covertly and eventually publicly, at the right time. Instead of rejecting the offers and spurning the proposition, to our utter shock, Buhari apparently refused to rule it out and has put the matter under consideration. Instead of him to say no, he assured them that he would consider those two things,” Fani-Kayode said at the time. But many Nigerians thought he was joking.

Recently, however, a very controversial ruling was made by the Supreme Court of Nigeria in Abuja, which has pitched Kayode’s prophetic national alert on the media frontline once again. Nigeria’s apex court declared that all women who have clitorises longer than 7.5 centimeters which is almost but less than 3 inches, could now be legally considered as men. The decision by the five-member Supreme Court panel, led by Justice Mary Odili, ruled that 36-year old Isioma Adeyemi’s request was “perfectly sound and legitimate.” The court therefore ordered that her legal status be changed immediately to that of a man. Adeyemi had been in court for several years, fighting to be legally declared a man because of her exceptionally large clitoris.

Government experts who are yet to be named are said to have also disclosed that over 600 other Nigerian women who have sufficiently big clitorises could now apply for a change to their legal statuses. Curiously, Nigeria is the second country in the world to offer women with large clitorises the option of being legally considered as men. Uganda was the first country to offer the same choice to all women with clitorises longer than 5 centimeters or about 2 inches. But only 11 women have legally changed their statuses to those of men since the law was passed in 2011. In Nigeria’s case, the simple understanding is that gay rights are indirectly being legalized in the country by female judges.

How, on earth is the length or size of a woman’s clitoris supposed to determine the change of her gender? Would the length or size of the clitoris change the anatomical make-up of a woman? What happens to the fallopian tube, the ovary, the ability to get pregnant, deliver of a child and give suck to her infant and so on? What happens about her menstruation period and how can that be factored into the life of a man? Perhaps, it would be nice for the Supreme Court to come open to the public on how it came by its bizarre decision.

And that’s exactly where the Shadow Government, the opposition PDP has to come into this. Was Chief Femi Fani-Kayode right after all? Could it be that gay relationship is being legalized by Nigeria’s apex court through the back door? And what happens to the existing law, especially when most of the Sharia northern states are very much against gay relationships, no matter how they are couched? There could be fire on the mountain and the Shadow Government must rise up to this challenge.

Fortunately, Femi Adesina, the President’s media adviser and spokesman and his principal understand this need. Welcoming the ruling of the Supreme Court of Nigeria which dismissed the case brought by former Vice-President, Alhaji Atiku Abubakar and his Peoples Democratic Party, PDP against Buhari’s victory in the 2019 presidential election, he appealed to them to work in sync with his government, with the opposition focusing on its role to hold the government to account. Buhari thanked the people of Nigeria for the mandate they gave him to run the affairs of the country for another four years.

“The government and people of Nigeria are now aware that the result of the 23 February 2019 presidential election has been settled now for some eight months. President Buhari was re-elected by an absolute majority of 55.6 per cent of the national vote, with Nigerians casting nearly 4 million more votes for President Buhari than his nearest challenger – representing a margin close to 15 per cent of the total vote. The former Vice President and his political party exercised their rights under the Nigerian Constitution and electoral laws, to petition the courts and dispute this result. They did so first at the Presidential Election Petition Tribunal which ruled in September 2019 against them. Now, following his appeal to the Supreme Court and its ruling to dismiss their case for “lacking merit”, this matter is now closed. The President and government of Nigeria do wish to extend our gratitude to the former Vice-President and his party for undertaking their campaign through protestations to the courts. In this regard they have conducted themselves in line with the laws of the country they sought to lead. Now, following this final legal bid before the highest court, it is time the country is afforded the right to move on in the interest of all Nigerians, regardless of how they voted. The elected President and his government now must be enabled to focus solely on addressing the issues that concern the country. From building economic empowerment and opportunities for the nearly 200 million Nigerians, 60 percent of whom are youths bubbling with energy, to defeating the twin ills of terrorism and corruption, there is much work to do. So too must the opposition be afforded the right to focus directly on their vital role of holding the administration to account for its decisions. The governance of democracy only functions as it should when those checks on the executive are in place and utilized. The opposition, as much as the government, must now move on and without the need for further distractions,” President Buhari’s media aid said. The question is: can the Shadow Government rise to its challenge?