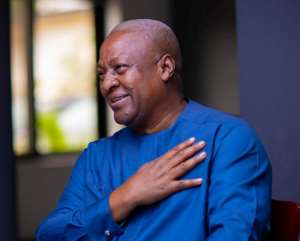 Documents sighted by your authoritative news website Modernghana.com has cleared former President Mahama of any underhand dealings in the award of the bauxite concession to EXTON CUBIC, a mining company affiliated to businessman Ibrahim Mahama.

In a leaked minerals commission letter dated January 13, 2014,which has invited four local companies to tender for rights to the concessions it read in part that "The minerals commission has granted non-exclusive due diligence permit to a number of companies including yourselves, over the Kibi and Nyinahin bauxite ore deposits in the Eastern and Ashanti Regions of Ghana respectively to enable them to cross validate the existing data for the development of the bauxite ore deposits into an integrated aluminium industry."

The said letter, among other documents confirming a transparent and rigorous process that was strictly adhered to, is published here, and clearly absolves former President Mahama of any wrongdoing or personal involvement in the award of the concession rights to Exton Cubic Ltd.

The NPP government upon assumption of office in 2017 deployed all means of revoking the mining lease that was awarded to Exton Cubic after almost 5years of going through all the required procedures for acquiring a mining lease in Ghana. Currently the matter is before the Supreme Court for Review after the same court had overturned an earlier ruling by a High Court in favour of Exton Cubic.

The document circulating on several social media platforms; has rubbished claims being falsely propagated that ex-President Mahama gifted the concession to his brother.

The tender invitation was a key part of an extensive, rigorous, transparent and prolonged process that Exton Cubic went through to fairly and legally acquire rights to the concession.