MPs Who Claim To Have Constructed Roads Are Liars — Majority Leader 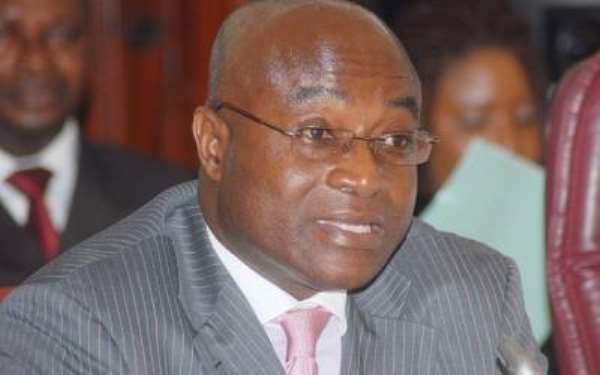 The Majority Leader and Member of Parliament for Suame, Hon Osei Kyei-Mensah-Bonsu, has described Members of Parliament (MPs), who boast of constructing roads in their constituencies as liars.

According to him, no MP has the capacity to initiate road construction adding the common fund can never be used to construct roads.

"MPs have no capacity to construct roads therefore it is only expected from them to lobby for government to do same to uplift their Constituencies hence it's is a lie for MP to claim to have Constructed roads," Hon Kyei-Mensah-Bonsu said

The Majority Leader who is the Minister for Parliamentary Affairs, spelt these out when he inspected 23-kilometer drains under construction in the Suame Constituency.

Hon Kyei-Mensah-Bonsu who is the Minister for Parliamentary Affairs made these known after inspecting the construction of drains by Messrs Kofi Job Construction Company.

The Majority Leader disclosed that he only facilitated construction of such roads which is being financed by government adding "No MP can use his common fund to construct a road."

The Majority Leader therefore tasked the Suame Municipal Assembly (SMA) to as a matter of urgency, remove unapproved structures on the roadside to facilitate the project.

According to him, about 50-kilometer roads will be asphalted and all electoral areas shall witness such quality roads.