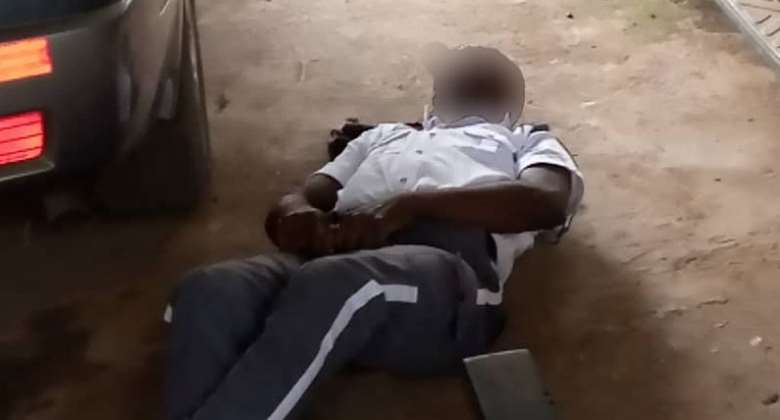 Robbers on Wednesday night took advantage of a heavy downpour in the Sunyani Municipality to break into the Automated Teller Machine (ATM) of a commercial bank on the premises of Sunyani Technical University, killing a security man on duty.

The security man, Sumaila Debila, was tied to his seat with his raincoat and the police suspect he might have died through suffocation.

According to the police, they found Sumaila's lifeless body, with his hands, head and legs tied to a chair.

The robbers broke the door of the commercial bank ATM building but were unable to gain access to the money because they could not break the seal which contained the money after several attempts to open it.

The body of the deceased has since been deposited at the Brong Ahafo Regional Hospital pending further investigation.

In the morning, the incident drew a lot of onlookers to the scene including staff of the bank.

DAILY GUIDE observed that the robbers also attempted to open the door to the Barclays Bank ATM building which is in the same vicinity but were unsuccessful.