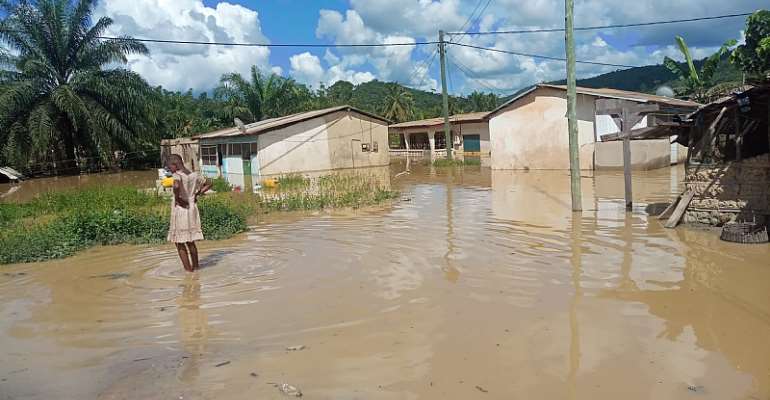 Close to hundred households in Himan and Ankobra in the Prestea Huni- Valley Municipality in the Western Region have been submerged in flood, after the Ankobra River in Prestea overran its banks.

The flood, which has destroyed several properties running into thousands of Ghana Cedis, has also for the past four days pushed the affected families to seek refuge in classrooms in the communities.

The effects, the Assembly Member for Himan Electoral Area Badu Samora thinks, the Municipal Assembly alone cannot have the capacity to render assistance to the victims.

He said, "this is beyond the assembly".

Though when modernghana.com got to the areas, some victims were scooping out water from their rooms for them to be able to sleep, the National Disaster Management Organization (NADMO) in the Prestea Huni- Valley Municipality has advised, they move to a higher ground or seek shelter from relatives far from the areas.

In spite of the fact that the municipality has been experiencing heavy rains as happening in other parts of the country, our checks reveal, the level at which the river has reached currently can only be supported by rains from the northern part of the river, which exerts more pressure on its flow to cover the entire affected areas.

The Prestea Huni-Valley Municipality NADMO Coordinator Francis Abeiku Yankah was yet to go to the scenes at the time of filing this story, he however said in a phone interview that, appraisal of destruction would be hurriedly done for appropriate assistance.

"I am not around but my men have been there. I will be there tomorrow. After we will do an assessment and provide some assistance with the help of the MP."

Some victims said the flood took them by surprise.

"We didn't know it will take over like this. We are surprised because we were not expecting it", said by a victim. 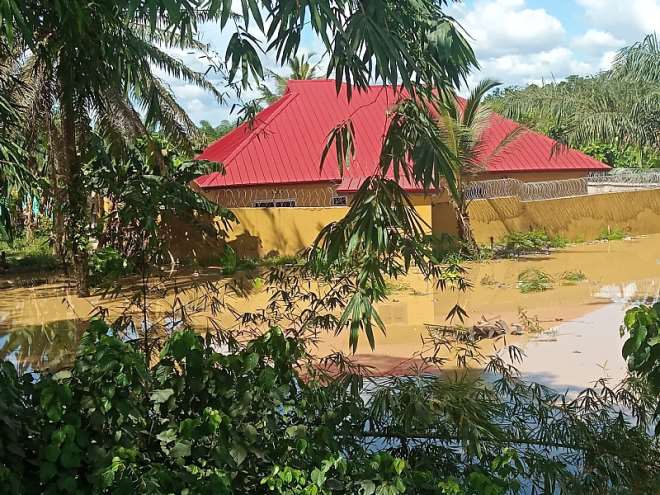 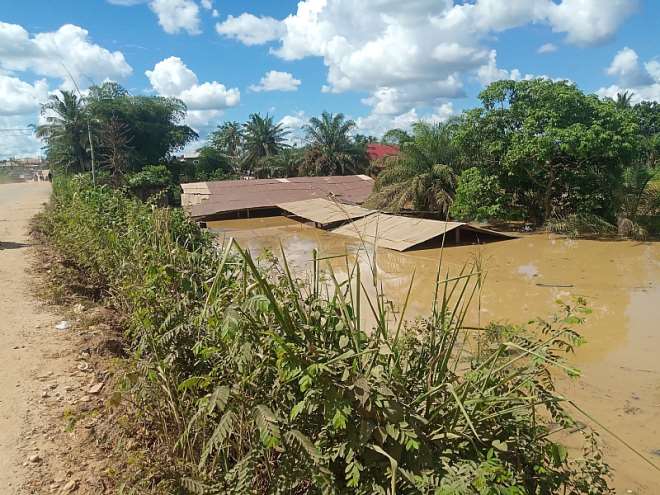 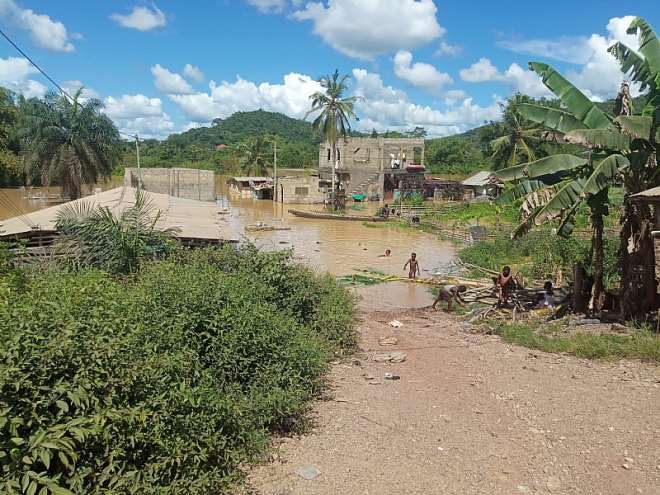 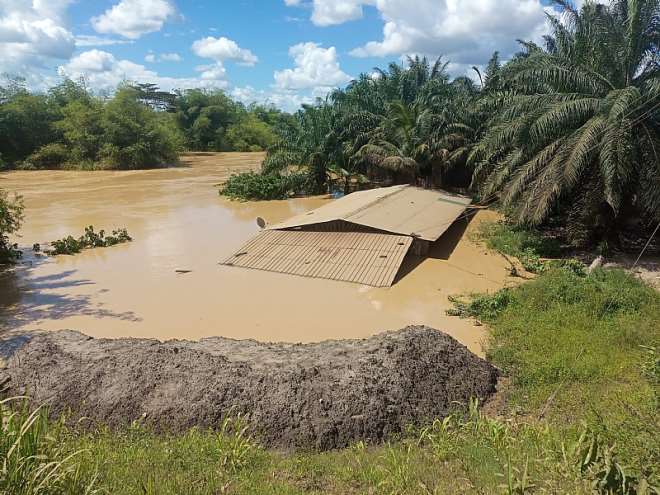 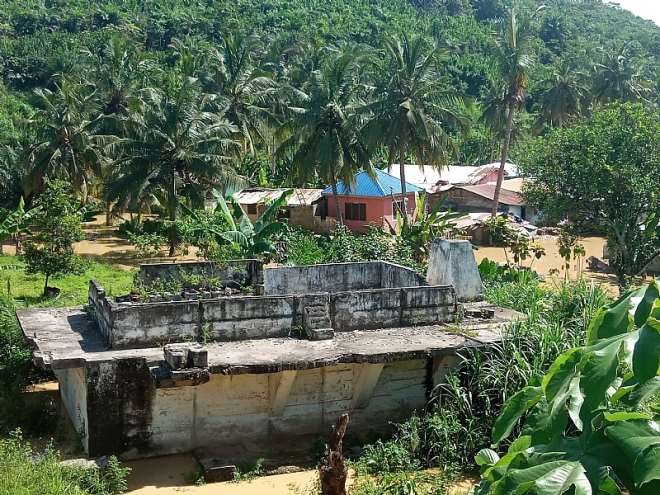