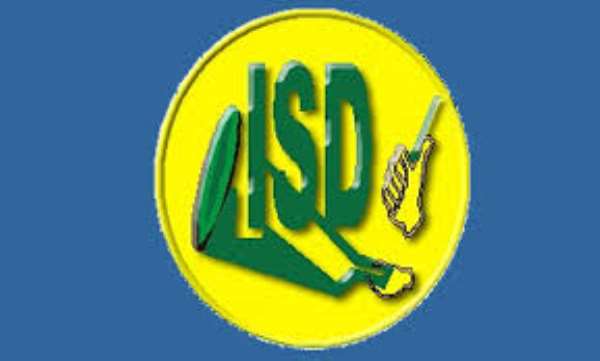 Chapter 6 of the 1992 Constitution, under Article 35 (6d) requires that steps be taken to " make democracy a reality by decentralizing the administrative and financial machinery to the Regions and Districts and by affording all possible opportunities to the people to participate in decision-making at every level in National life and in governance"

The information Services Department of the KRACHI EAST MUNICIPAL in the Oti region, intensified it's education on the upcoming Referendum scheduled to take place on the 17th of December,2019.

Mr. Banyenase Stephen, the Municipal Information Officer, speaking at today's (31/10/2019) " MEET THE PRESS" in the Regional capital Dambai.He highlighted on the need for a change in appointing MMDCEs

He pointed out that,the mode of appointing MMDCEs has identified as a *governance gap* in our local governance system.

The CRC on the 1992 Constitution noted that,"since the introduction of the 1992 Constitution there have been incessant calls for a change in the manner of appointing MMDCEs which in the opinion of many Ghanaians is undemocratic, it was argued that it's undemocratic to superimpose a National Government structure that is contested on a political party lines over a local government system that is non partisan", the report reads.

In addressing the media,he gave an in-depth reports and statistics which were carried out by NCCE in 2015 and an afrobarometer report of 2017 which was released by CDD and it's popular call for the election of MMDCEs.

"in 2019 a survey conducted among 225 participants at the New year school at the University of Ghana indicated that 88% of the participants favours the election of MMDCEs on partisan basis", he added.

To ensure effective multi-party local level Elections in Ghana, a comprehensive roadmap has been developed by the (MLGRD) under which a number of Constitutional amendments have been pencilled to be effected.

However,the roadmap is being implemented in 4 phases;

To this extent, 2 Constitutional amendments bills have been initiated,

A bill to amend Article 243(1), to allow for Election of MMDCEs by the citizens.

A bill to amend Article 55(3), to introduce a multi party system of Elections at the local level.

He reminded all Citizens on the need to participate in the upcoming National Referendum.

"the 17th December National Referendum is on the Bill to amend article 55(3) of the 1992 Constitution to pave way for the multi party local governance system in Ghana. The Referendum will be held alongside the District level Elections. At least 40% of registered voters do turn out to vote and not less than 75% of them cast their votes in favour of the Referendum question. Given that voters turnout in DLE is normally low,to Meet this Constitutional standard requires that we intensify voter education for a massive turnout. Awareness is also required of the citizenry to prevail upon their MPs to approve the Bill to amend article 243(1) when parliament resumes this October 2019", the municipal information Officer explained.