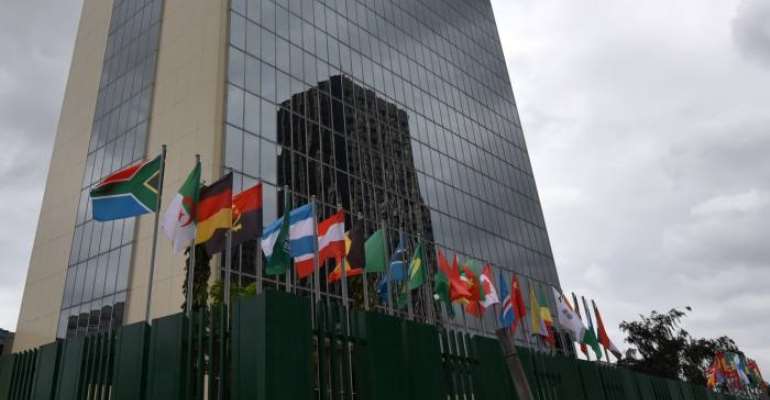 The President of Cote D’Ivoire, H.E Alassane Ouattara has proposed an increase in the General Capital of the African Development Bank Group to over 125% from its current asset of US$100 billion to US$225 billion.

However, delivering his remarks, Dr. Akinwumi A. Adesina, President of the African Development Bank Group says the Board of Governors gave the green light to the Governors Consultative Committee to initiate the discussions. The Governors Consultative Committee has since met four times already in Rome, in Washington DC, in Malabo and just recently, and finally, in Sharm El Sheikh, Egypt.

He further mentioned that, ‘‘It is the gentle but strong waves of support from you, our shareholders, that have powered our hope, inspired our engagement and guided our ship to navigate to the shores of the African Development Bank Headquarter.’’

Thanking the Governors for their enormous and valuable contribution to the Bank, Dr. Akinwuni Adesina says, ‘‘your support will help us take a giant step forward.’’

According to the President of the African Development Bank Group, the decision of the Governors will refuel the Bank, reverberate around the world and help it take a giant leap forward for Africa.

With the General Capital Increase, ‘‘we will be able to fully develop: the Desert to Power initiative that will provide access to energy for 250 million people all across the Sahel, in what will become the world’s largest solar zone. We will implement the Affirmative Finance Action for Women in Africa (AFAWA) to deliver $3 billion of new financing for women. We will double our climate finance to $25 billion by 2025’’, he added.

‘‘We have listened to you on what we must do to further improve as an institution. You have our commitments in the policy matrix. But beyond the pages of paper, you have my own personal commitment, as President of the Bank that we will deliver on all the policy commitments we made for the General Capital Increase’’, he stipulated.

We will be much more sharply focused, ramp up on quality of operations, will deepen engagement in fragile states, we will further boost private sector investments; will do even more for climate finance, deliver more for women and the youth, work in strategic partnerships, bilaterally and multilaterally, to address debt sustainability through enhanced policy dialogue.

And we will ensure that the General Capital Increase lifts all boats: low-income and middle-income countries’’, he concluded.

On his part, the President of Cote D’Ivoire, H.E Alassane Ouattara said African governments have demonstrated tremendous improvement through the Banks support. His country for instance is growing at an average 8% GDP year-on-year, with $72 billion National Budget set aside for 2019/2020 , 4% GDP fiscal deficit.

But in his view, the continent still lacks an annual financial Infrastructure gap ranging from US$68-108 billion, thus his proposal to the Board of Governors to consider the increase of the General Capital of the Bank.