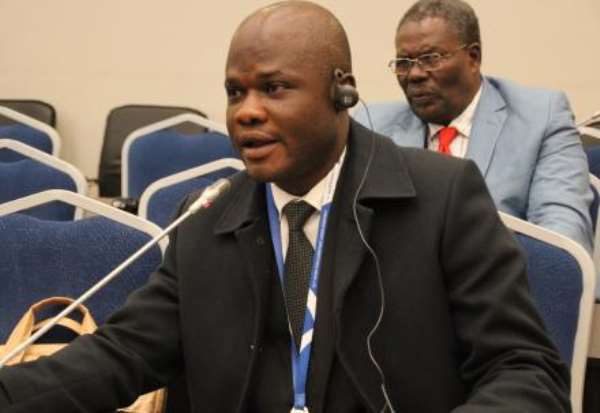 Deputy Minority Chief Whip, Ahmed Ibrahim, has said the National Democratic Congress (NDC) is on a rescue mission to deliver Ghanaians from the hardship and the current socio-economic misery occasioned by the Akufo Addo government.

The NDC has consequently tasked its 2020 Manifesto Team, which it inaugurated to produce a “peoples’ manifesto” – one “that responds to the specific needs of the people.”

“Akufo-Addo is killing Ghanaians with hardship, it is high time Ghanaians kept faith in the NDC, we are on the rescue mission to ensure that Ghanaians are safe from the hands of the wicked NPP,” Ahmed Ibrahim told Kwame Tutu on ‘Anopa Nkomo’ on Accra based Kingdom FM 107.7.

He said the 2020 general election could either “consolidate the faith of our people in republican democracy or shatter it for good.”

Ghanaians are finding it difficult to make ends meet due to the hard economic policies of the ruling New Patriotic Party (NPP),”

The Member of Parliament for Banda, took a swipe at the Nana Akufo-Addo-led Administration for failing to deliver on its campaign promises, saying that, the rising cost of living, arbitrary increase in utility bills and taxes had made life uncomfortable for the ordinary citizen.

The majority of Ghanaians, he noted, were fed up with the growing difficult living conditions, stressing that, they would continue to demonstrate until the government responded positively to the plight of the people.

He said Ghana’s international reserves and import cover always looked better when the NDC was in power and depreciated when the NPP was in power.