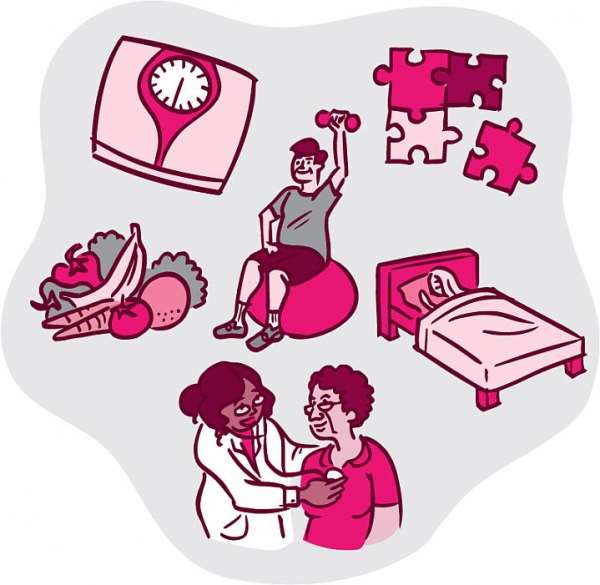 The question most people do not want to ask or answer: who is going to feed or care for the poor population explosion in Africa? Rich countries employ a great deal of research in sciences to prevent, cure diseases and live longer. Such as drugs that prolong life; CRISPR (clustered regularly interspaced short palindromic repeats) or gene reorientation and therapy; feeding on laboratory meat without killing animals; Beyond Meat or genetically modified agricultural grains to increase production of wheat, rice, vegetables etc.

Africa account for 15% of the global population but carry 25% of the disease burden. Though African genes are more diverse, only 2% of genetic materials used for pharmaceutical research come from Africa while others make up the rest because most of the research is outside Africa. We are not competing with the best of our potential that we are capable of and can do better.

We have what it takes in talents, blessed with fertile arable land and forest begging for exploration and discoveries. But we lack the discipline to pursue more productive values. Indeed, there are some discoveries going on right now all over the Continent but not enough to meet our needs compared to the rest of the world or take care of our population that is increasing while the rest of the world exert birth control and live longer.

If you want to see the future of a people, look at how well they take care of all children, not just their own. How we educate and train our children cannot be overemphasized. Idle hands are susceptible to mischievous and degenerative behaviors. Good schools are not just for the rich and powerful; it is where poor children are turned into productive adults that may save the rest of Africa in Africa. God gave everyone of us a role and talent to explore.

Charles Ofori Antipem in Ghana innovated Science Set textbook small enough to fit on a student’s desk and capable of over 26 experiments. It got the interests and excited Ghanaian school children. Professor Kelly Chibale, Director and founder of Drug Discovery and Development at the University of Cape Town , South Africa is customizing drugs to the needs of Africans. Abasi Ene-Obong, the founder of 54gene in Nigeria goal is to build the first and largest biobank of African DNA genetic pool for drug research in Africa. Wow, “O Pataricious”!

Unfortunately, African countries funding for both agricultural research and biomedical cure for human diseases have been meagre and less productive. Since the average reason Africans want to be rich is to be able to acquire more wives, children and import vanities. We cannot expect others whose dedication is beyond money to take care of us. Indeed, the number of Africans at home or in Diaspora participating in these research are sparse.

The likes of Dangote and Mo Ibrahim are not enough to complement the humanitarian support of Bill Gates, Rockefeller Foundation or Albright in research and scholarships for Africans in Africa. Indeed, we have more looters of Africa’s rich resources from Equatorial Guinea to Nigeria that have never appeared on the Forbes list of Billionaires but display personal planes, exotic automobiles, Bullion Van and wake up the dead ostentatiously. Colo-mentality directed our consciousness to the pursuit of money, refocused our wants to import not Africa’s goodwill.

While the Asians are increasingly visible in technological research, discovery and business, there are only few Africans in those fields. Yet, those few that are barely tolerated in foreign lands, are used for chest beating and celebrations in a few African countries. These are Africans that have to kiss up, are disrespected but succeed against all odds. If they are so good, as often told, why are they abroad? Otherwise their countries would not be ruled by renegade politicians.

It is ironic that when some African countries were getting most of their foreign income from Cocoa, they were better managers of their people. By the time some of the same African countries started making money from diamond, uranium, cobalt and oil; they started wars and their countries and people got poorer. Many of the institutions built with Cocoa money are languishing for lack of nurturing, maintenance and funding. What is obvious is that the more money African countries make, the poorer our corrupt politicians make the masses.

If we can remember how Nkrumah in Ghana and Awolowo in Nigeria spent cocoa money on education compared to how the following leaders spend oil money, we have to feel remorse without feeling sorry for ourselves. We must pick up the pieces from where we fell off the cliff! We have to stop looking into the mirror hoping we would suddenly turn into their image. We can improve on their technologies, the way they improve on Lower and Upper Egypt (Sudan).

Unfortunately, Africa’s economic colonization is now a competition between the Chinese or Asians and the Western worlds. The pitiable meagre amount of returns we get from the End products of Cocoa today, has not taught us any lesson. The same is true of all the mineral resources Eastern and Western world are competing for in Africa. How long can we keep up selling our products for pennies while buying backs plastics in US dollars, Euro, Pounds and Yen?

Education still remains one of the greatest determinants of life expectancy. The more informed we are, the better our health habits. It does not have to be in the sciences alone since we tend to read more and be broad minded on all subjects as we acquire more knowledge. Knowledge also steer us away from bad and expensive habits of smoking, drinking and drugs that are injurious to our health. It might stop us from just being consumers and producers of nothing!

Most Africans have no control over their locations or environment. Actually, many live in areas not suitable for health because of cheaper rent and travel many miles to get to work. So when they escape polluted areas during the day, they go back home at night. By the time they get home, they are too exhausted to try any exercise to keep the body in shape. Yet, the right exercise and good diet are important for good health and longer life.

We are still fighting for economic independence after 60 years and wondering which technology to buy at a cost beyond our means from the Western and Eastern powers to destroy or boast to one another; while we leave our children brains untapped. Even worse, is the inability to copy, steal, pirate or improve technology like the Greeks and Romans did from Sudan, Egypt and Zimbabwe, as the Europeans stole from Greeks. Just as the Americans, Japanese, Chinese or Indians stole technologies from Europeans.

The author has 564 publications published on Modern Ghana.