A Night of Diversity and Rainbow Awesomeness in Lagos 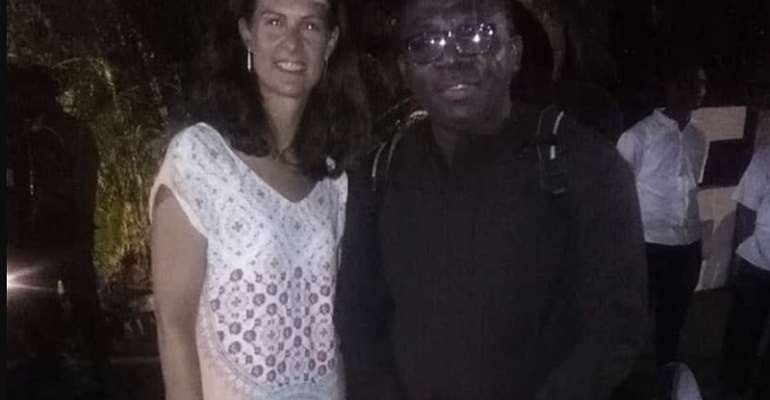 The initiative by the British Deputy High Commission and Bisi Alimi Foundation to organize a Night of Diversity in Lagos must be commended because it is such forward-looking events that have often shaped the course of history. I have been invited me to this special night in Lagos, and truth be told I did not know what to expect. It was a mix of worry and excitement. There has been a clampdown on the gay community in the country. So many things were going on in my mind: Will there be LGBT persons in attendance? Is it going to be another occasion to recount pain, persecution, and hatred? Or will there be surprises, positive vibrations? I have actively been campaigning against homophobia since 2006 following a proposed bill to outlaw same-sex marriage in the country. The bill, which was set aside and reintroduced at least on two occasions, eventually became law in 2015.

Bisi Alimi Foundation has been doing a great job in promoting the social acceptance of LGBTs in Nigeria. Now, with the existing anti-gay marriage legislation, the mission of the Foundation has become more difficult and dangerous. There has been a sharp increase in gay persecution and witch-hunting in the country. LGBT persons have become endangered species; they have been made scapegoats for all the ills that plague the Nigerian society. People are easily arrested on the slightest suspicion of looking gay, dressing gay and behaving gay. The life of a gay person in Nigeria has turned into a life of fear, a life of constantly looking over the shoulders. Given this climate of ´mistrust and suspicion’, one wonders what and who would feature at this Night of Diversity.

I arrived at the premises of the High Commission about 4:30 pm, curious and looking forward to the event. I went through the security point and met four persons at the venue. More guests started arriving from 5.00 pm. While we were waiting for the commencement of the event, I had the opportunity of chatting up one of those who arrived early for the program- a brilliant and friendly guy from Ebonyi state. I call him AA because he did not ask me to put his name on this piece. He graduated from one of the state universities and currently runs a private business in his home state. In his spare time, AA writes and blogs on LGBT issues. He has mainly been focusing on changing gay narratives in Nigeria. Hatred has been the definer of the perception and representation of gays in Nigeria.

Meanwhile, the program started at 6 pm. There were welcome remarks from a director of the Bisi Alimi Foundation and the British Deputy High Commissioner, Ms. Harriet Thompson. They were followed by poetry readings that emphasized love and pride; and musical performances that highlighted the struggles and triumph of LGBT persons in their families, and communities. One of the musical performances was titled Ndidi Amaka, which means patience is good. And I found the rendition quite moving and instructive.

The performance stressed the importance of exercising patience in the face of adversity. In a country where it is illegal to be gay, the LGBT persons need a significant dosage of ndidi as they struggle for the decriminalization of homosexuality and the abolition of all forms of discrimination based on sexual orientation and gender identity. All the presentations and performances reechoed this important message of hope and persistence. At the end of the day, the Night of Diversity was a gay parade; a celebration of love, and gay pride. It was a night that featured a rare display of the vibrant talents in the gay community. The Night of Adversity radiated gay awesomeness in a unique Nigerian style. The Humanist Movement in Nigeria has been a strong ally of the LGBT community. And this Night of Diversity was a great opportunity to renew this alliance.

To the Nigerian LGBT community, I say all strength to your efforts. Let your creative ndidi not run out. And may the rainbow awesomeness continue to blossom.