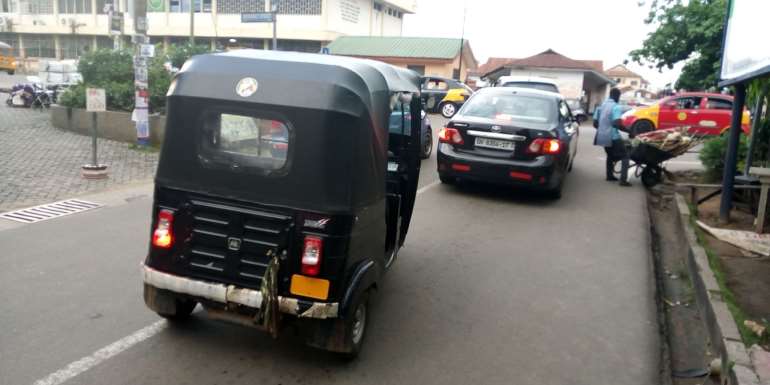 Commercial motorbikes, popularly called “okada”, “aboboyaa” or “pragya”, depending on their mold, have become integral part of road transportation in Ghana, the Eastern Region inclusive.

Operations of motorbikes have become indispensable due to the extremely poor nature of roads that make movement of four-wheel vehicles really difficult in most parts of the region. As a result, people in most communities rely on commercial motorbikes for all their socio-economic activities including farming, funerals, going to the market, offices and many other social gatherings.

Recently, Assembly Members were supplied motorbikes to facilitate their mobility to assembly sessions and deprived communities to enhance local governance. Reports gathered so far indicates that some of these Assembly Members have converted theirs into commercial motorbikes to generate income for themselves. Meanwhile, L.I. 2180 prohibits the use of motorbikes and tricycles for commercial operations in Ghana.

Apart from facilitating the movement of goods and people from one place to another, motorbikes are also a form of income-generation tool for people in the low-income bracket. For instance, “aboboyaa” is useful in the carting of farm inputs to farm as well as carting produce from the farm to homes and market centers. Hitherto, most perishable farm produce got rotten on the farm due to transportation challenges as these farms are characterised with bushy paths and non-motorable roads, making the use of motorbikes crucial as they can traverse the rough terrains.

Apart from being used for funeral processions including the carriage of mourners and corpses from one village to another, motorbikes also serve as ambulances for pregnant women in labour and accident victims.

In fact, motorbikes and tricycles are used for commercial purposes - though illegally - in the glare of enforcement agencies for income generation ventures in small and big towns or cities. Elsewhere, Metropolitan, Municipal and District Assemblies (MMDAs) rely on the pragya, okada and the aboboya to boost their Internally Generated Funds (IGF) since they pay taxes or tolls.

Despite the numerous benefits of motorbikes, the danger associated with their usage is quite enormous due to the vulnerability of riders and their passengers. Motorbikes compete with larger and fast moving vehicles for road space, thereby increasing their risk factor. An observation of their operations has revealed that the riders are mostly minors or school dropout whose only hope of survival is inextricably linked to the okada business.

The National Road Safety Authority (NRSA) posit that majority of the riders have neither riding license nor any formal road safety training or education.

According to the Acting Regional NRSA Director, Mr. Abdulai Bawa Ghamsah, these riders are often involved in the abuse of substances like tramadol, Indian hemp and alcohol among others adding that “this explains the high rate of crashes or fatalities they are involved in.”

The most worrying issue that arises with okada operations on our roads is the increasing nonchalance towards road traffic regulations, thus, posing grave danger not only to the riders but to other road users.

Available statistics from the Buildings and Roads Research Institute (BRRI) report indicates that various motorbikes on the roads have contributed immensely to Ghana’s road traffic crashes.

It has become quite rare seeing patrons of okada taking protective precautions in the Eastern Region. It is common to see riders riding without crash helmets, overloading and flouting road traffic rules including running through red lights.

In Koforidua, it is witnessed that almost all these motorbike riders do not pay heed to traffic signals, thus, being a big danger to pedestrians.

In an interview, the Regional Road Safety Director expressed surprise that even though the Bono and Ahafo Regions as well as the Northern Regions have the highest number of motorcycles in Ghana, they record lower accidents compared to the Eastern Region which has few motorcycles and yet record higher crashes.

He expressed that the statistics of motorcycle crashes in the Eastern Region was a source of worry and that his outfit was working to reducing crashes to the barest minimum.

“Even though the region’s statistics can be seen as not dangerously overwhelming, we cannot be confident of this outlook,” Mr. Ghamsah assured.

According to Mr. Ghamsah, the NRSA is making efforts, in collaboration with the various Municipal and District Assemblies (MDAs), to organise, educate and sensitise motor riders on road traffic regulations.

“The Authority is liaising with the Driver and Vehicle Licensing Authority (DVLA) and the Motor Transport and Traffic Department (MTTD) to register and license motor riders in all districts in Eastern Region.

“Identifying the challenges met in the hands of the so called “goro boys” by these riders in the quest to register their motorbikes and get their riders license, we realised it was a reason that deterred them, since going through “goro boys” increases one’s cost in registering and attaining a rider’s license,” he said.

Mr. Ghamsah stressed that the motor riders would not incur additional cost in all these processes and that when this is done, the NRSA would then collaborate with the MTTD to work at getting the riders to adhere to motor traffic regulations to maintain “sanity on the roads.”

So far, over 78 motor riders including Assembly members have been provided with license ‘A’ and ‘E’ in the Nsawam Adoagyir Municipality. Arrangements have already been made for the next training session for riders in Upper Manya Krobo. All through the initiative of the NRSA.

In the face of consultations to whether or not legalise okada or pragya operations in Ghana, perhaps, the interventions being provided by the Eastern Regional NRSA is the way to go. 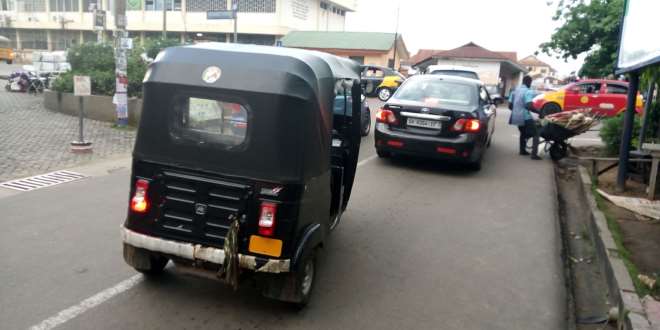 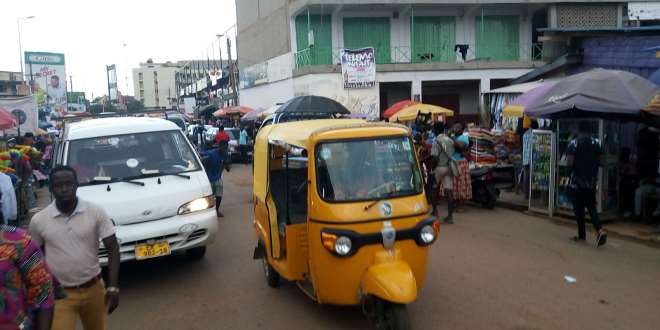 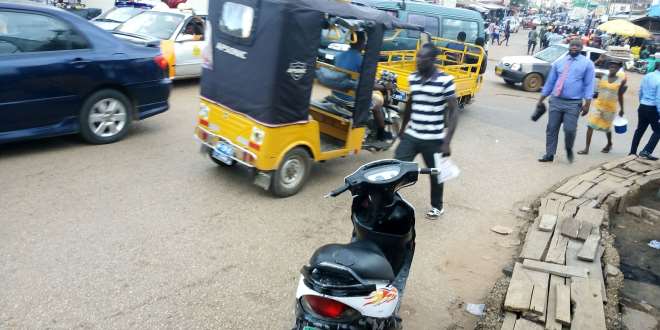 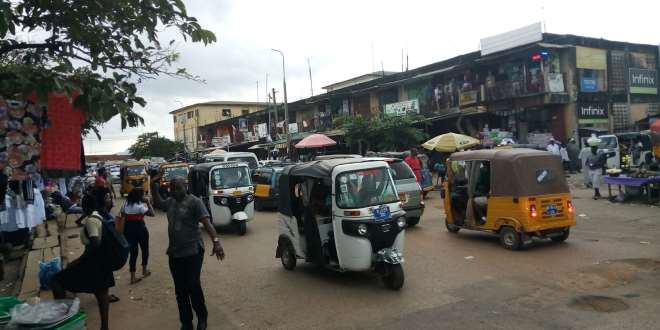