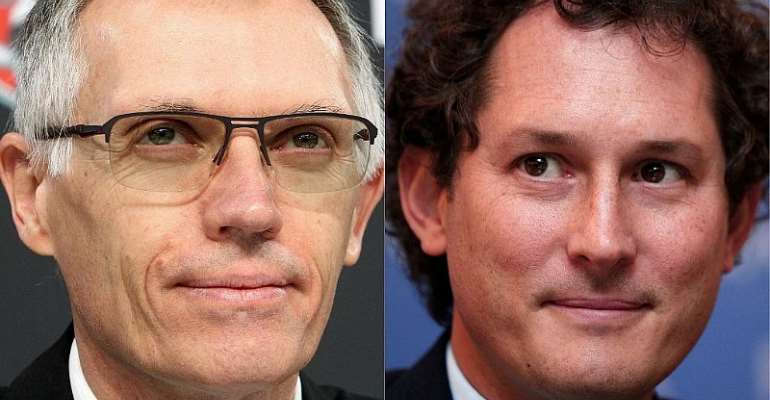 Peugeot-maker PSA and Fiat Chrysler unveiled Thursday a plan for a 50-50 merger of their operations they said would generate billions in savings without factory closures as it creates the world's fourth-largest car manufacturer. In France, labour unions have reacted with caution.

In a joint statement the French and US-Italian carmakers said their boards of directors "have each unanimously agreed to work towards a full combination of their respective businesses by way of a 50/50 merger".

The merger, which the firms said will result in a company with combined sales of nearly 170 billion euros per year and 11 billion euros of operating profits, would help produce the scale needed in an industry facing slowing demand and which must invest billions to develop electric vehicles.

The merger would be achieved via the creation of a parent company in the Netherlands in which the shareholders of each current group would own half.

The Dutch-based parent company would have balanced representation and a majority of independent directors with FCA's John Elkann as chairman and PSA's Carlos Tavares as CEO and member of the board.

Vigilant
France, which owns a stake in PSA and earlier this year opposed a mooted tie-up between Renault and Fiat Chrysler, signalled it favours the project.

French Economy Minister Bruno Le Maire "favourably greets the entry into negotiations" of the two carmakers, said a statement from his office.

However, it warned the French government "will remain particularly vigilant on the industrial footprint in France, where decision making will be located, and promises by the new group to create in Europe the infrastructure to build electric batteries" needed for the shift to new vehicles.

The tie-up would make the new automaker the fourth largest in terms of sales behind Volkswagen, Renault-Nissan-Mitsubishi and Toyota, and would combine a host of well-known brands from Alfa Romeo, Jeep and Dodge to Citroen, Opel and Peugeot.

Cautiously optimistic
The merger plan comes as the auto manufacturing sector -- which accounts for 5.7 percent of global GDP and eight percent of goods trade -- shrank by 1.7 percent last year by volume of vehicles produced, according to the IMF.

Unions in France have reacted cautiously optimistic. In an interview with television station TF3, Dénis Bréant, spokesperson for the automotive branch of the CGT labor union said that it “may be a positive merger for the group, we expect it to be for the employees as well.”

But he also stresses that since the merger is “made only for immediate economic profitability” “all employees, regardless of the country in which they work,” should “enjoy decent working conditions and wages that allow them to live decently.”