US House of Representatives takes first vote on Trump impeachment 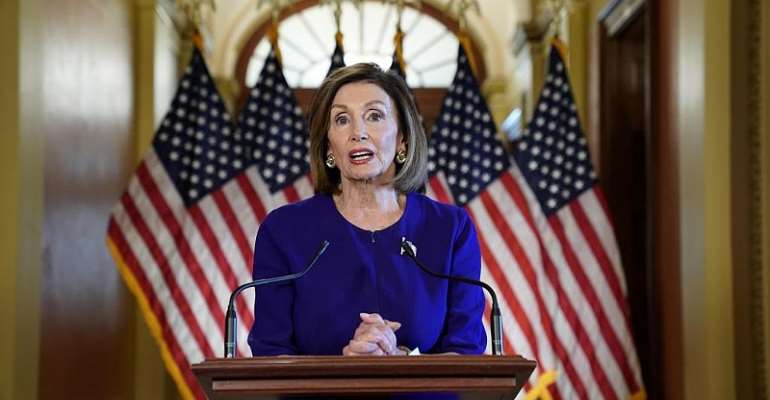 Congress formally opened a new, public phase of its corruption investigation into Donald Trump on Thursday as US lawmakers voted for the first time to advance the impeachment process targeting the US president.

"Today the House takes the next step forward as we establish the procedures for open hearings... so that the public can see the facts for themselves," House Speaker Nancy Pelosi said.

"What is at stake in all of this is nothing less than our democracy."

The top Democrat and Trump's chief nemesis in Congress addressed fellow lawmakers shortly before her chamber took a Halloween morning vote along party lines -- 232 to 196 -- to pass a resolution that lays out rules for the next stages of the impeachment process.

All 194 Republican House members and two Democratic 'defectors,' Representative Colin Peterson and Jeff Van Drew, voted against the bill. In a press conference, Peterson branded the bill "hopelessly partisan" and said that he "will not make a decision on impeachment until all the facts have been presented.”

"Witch hunt" Trump has repeatedly branded the inquiry as illegitimate and politically motivated and he was true to form in his instant reaction to the vote in the bitterly divided House.

"The Greatest Witch Hunt In American History!" he boomed on Twitter.

"Democrats are choosing every day to waste time on a sham impeachment -- a blatantly partisan attempt to destroy the President," she said.

Trump meanwhile called on Republicans to rally behind him even as he faced the embarrassing likelihood of becoming the third president in history to be impeached and placed on trial for removal in the Senate, over an alleged scheme to extort Ukraine's help to get him reelected in 2020.

The embattled president retweeted a rallying cry from Fox News host Laura Ingraham that called on Republicans to "stand together and defend the leader of their party against these smears."