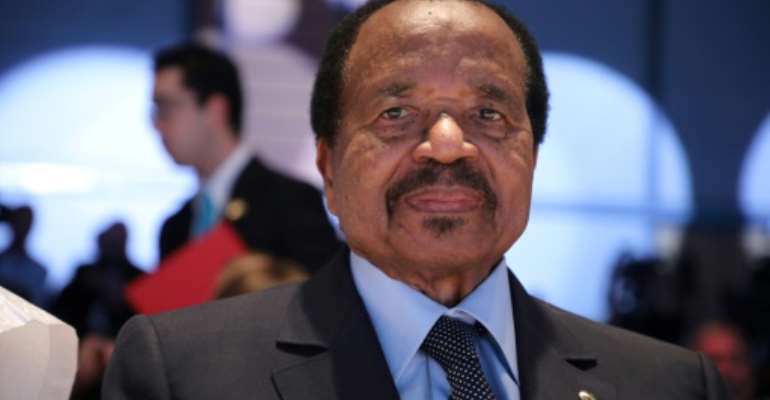 Cameroon's Paul Biya has been president since 1982. By Ludovic MARIN (AFP)

Under the US African Growth and Opportunity Act of 2000, legislation aimed at boosting sub-Saharan economies, countries must avoid serious human rights violations to win preferential access to US markets.

"The US government remains deeply concerned about persistent gross violations of human rights being committed by the Cameroonian government against its own citizens," Deputy US Trade Representative C.J. Mahoney said in a statement.

The US State Department earlier this year said the conflict in western regions of the country between Cameroonian security forces and Anglophone separatists had involved arbitrary killings, enforced disappearances and torture by both sides.

The department also accused Cameroonian authorities of violence against journalists, refoulement of refugees, restrictions on internet access and failure to prevent or prosecute instances of "corrective" rape against lesbian, gay, bisexual, transgender and intersex people, among other abuses.

Cameroonian strongman Paul Biya has been in power for 37 years.

The United States imported $220 million in Cameroonian goods last year, making the country the 112th-largest source of American merchandise imports, according to the US Trade Representative's office.

US exports to Cameroon last year amounted to $193 million, including machinery, iron and steel, plastics and railway equipment.