What Is Dr Amoako Tuffour Up To And What Does He Want from NAPO? 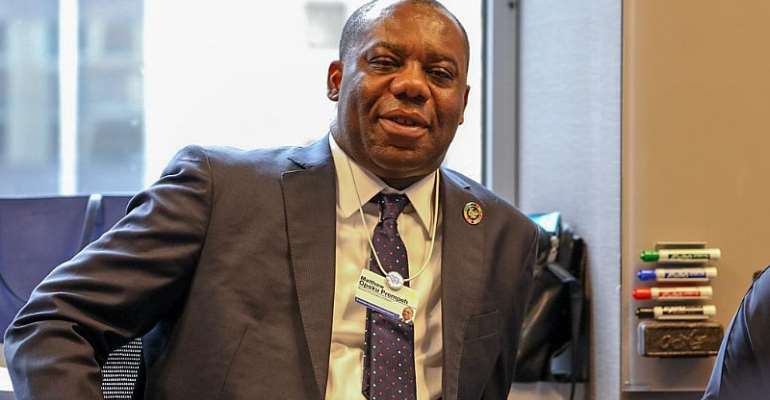 I do not normally call people out like this, especially those I feel are older than myself and deserve some respect.

But as always, there's a limit to everything and sabotage is among those things. I am fortified in the saying thus, “When the elders we esteem so highly can sell their honour for the devil's money, let pigs eat shame and men eat dung”. Apologies Ola Rotimi.

Dr. Kwame AmoakoTuffour is one of the many individuals who were privileged to have served under former President John Agyekum Kufuor’s government.

The then respected National Coordinator of the School Feeding Programme has however been up to some strange behaviours and attitudes since coming into office of President Nana Addo Dankwa Akufo-Addo.

He is believed to have been the brain behind a group calling itself the Association of Patriotic Ghanaians and used it to solicit the Chief of Staff position from then President-Elect, Nana Akufo-Addo, ostensibly because the same man would later allege that he sacrificed for the party to win the 2016 elections by selling his house.

That obviously did not move anyone because many others in diverse ways equally sacrificed for the party’s victory and that is how Dr. AmoakoTuffuour started hating the President, and strangely targeting top, hardworking and influential Ashantis in this administration.

As though diabolically scheming to “destroy” Kwabena Agyei Agyepong’s fragile political life was not enough, he has now redirected his wicked arsenal towards the enviable genius, Dr. Mathew Opoku Prempeh.

DrAmoakoTuffour is busy digging holes for the distinguished Minister of Education to fall in.

It is trite knowledge that traitor Kelvin Taylor picks instructions from Dr. AmoakoTuffour. Indeed, he is working closely with Kelvin Taylor to bring down the government because, in his wild believe, the government didn’t treat him well by denying him the Chief of Staff position. How low could an otherwise senior patriot be?

For me, scheming seriously against NAPO means scheming against the governing New Patriotic Party (NPP). This is a man who is handling and supervising the enviable Free SHS to the admiration of even the international community.

The least I expect from his fellow Asanteman is to support and encourage this indefatigable personality rather than scheming to bring him and the government down.

What kind of greed can lead an “elder” to be scheming to bring down a party upon whose good fortunes he is ironically seeking to benefit?

How does he account for posterity by working against the gains the young “army” of this great party have thus struggled and fought to achieve!

This is a man who sponsored the media misinformation about the fall of armyworm just so that the minister can look incompetent.

We got deceived hugely on the matter of Kwabena Agyei Agyepong and MUST not allow any selfish individual “elder” to continue to thwart the human capital of this party.

NAPO is a great asset for this party and posterity will not forgive us the youth of this party if we don’t rise up to fight any crook whose aim is to bring such a personality down.

We are aware of his clandestine activities in the Ashanti Region to try to pitch the youth against NAPO and the party at large.

Call my bluff but keeping quiet on this diabolism is not an option. Pull the breaks on that agenda or be exposed.

Kindly accept this piece as a notice to you Dr. AmoakoTuffour and your surrogates in and outside the country whose stock in trade is and has been targeted towards bringing this party down.

By Danso Gyamena, an NPP activist in the Ashanti Region and a Banker