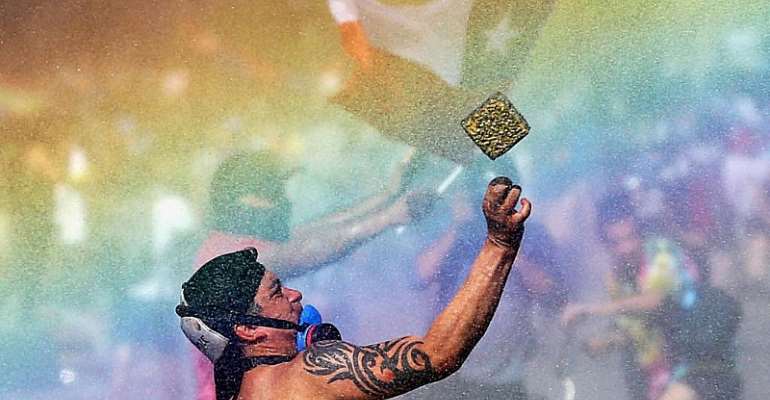 Uncertainly remains over which country will host the Cop25 climate change conference following the sudden withdrawal of Chile – just a month before delegates from 190 countries were due to gather in Santiago.

The UN indicated that Chilean President Sebastian Pinera – whose country has been beleaguered by weeks of deadly anti-government protests – will remain as head of the conference, due to take place on 2-13 December.

"The UN Framework Convention on Climate Change (UNFCCC) is now trying to see what alternative arrangements can be made," a spokesman for UN Secretary-General Antonio Guterres told journalists.

Conference rules allow the venue to be located outside of the host country, as was the case in 2017 when the German city of Bonn – where the UNFCCC has its headquarters – staged the event for host Fiji.

Germany's environment secretary tweeted that his government was in contact with last year's Cop24 host, Poland, while New York and Geneva have also been suggested as potential alternatives.

With UNFCCC Executive Secretary Patricia Espinosa conceding it is “difficult to see any country stepping in at short notice”, experts say Bonn appears the most likely fall-back option this year.

“We're looking at a really big logistical hurdle … If they stick with the December dates, a bunch of people will be booking flights and applying for visas that probably won't be granted in that period of time," says Chris Wright, co-founder of Climate Tracker, a global network of environmental journalists.

“If they delay until January, you have the problem of all these budgets that need to be used up by the end of the year. Either way, it's going to be a tricky one for the hosts and a tricky one for people who want to join.”

The Cop presidency rotates among Africa, Asia, Latin America and the Caribbean, and Europe. This year is Latin America's turn. The silver jubilee Cop was first picked up by Brazil, until Jair Bolsonaro, a climate change sceptic, was elected president and withdrew Brazil's candidacy in 2018.

“A lot of people will see this as a real missed opportunity because a Latin American country hosting the Cop brings a brand new element to the diplomacy and to the function of the negotiations,” explains Wright.

“It would have been a really good opportunity for Latin American countries to stand up on climate when their region is going through a very challenging economic time.”

Three Cop conferences in a row will take place in Europe if Bonn steps into the vacancy left by Chile – given that last year's Cop24 was held in Katowice, and next year's event is to take place in Glasgow.

“The biggest impact of holding it in Europe again is that it will limit the participation of civil society members from Latin America – but also from African and Asian countries who will be very challenged to get their visas on time,” Wright says.

Cop25 aims to flesh out how global commitments to reduce emissions this century, made under the 2015 Paris Agreement, will be implemented. Chile's cancellation comes as US President Donald Trump is expected to formalise his country's withdrawal from the deal.