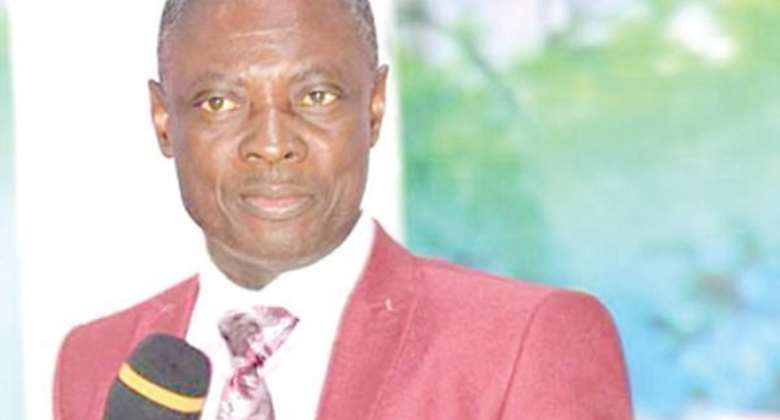 The General Overseer of the Life Assembly Worship Centre, Mr Christian Kwabena Andrews popularly known as Osofo Kyirir Abosom has retracted and apologised to the Management of Ekumfi Fruits and Juices Ltd, to the Board of Directors of EXIM Bank Ghana and to the people of Ekumfi Traditional Area for putting out a false claim that the Company's factory sited at Ekumfi Nanaben in the Ekumfi District of the Central Region had been turned into a pure water manufacturing facility.

Speaking on a live programme hosted and aired by UTV, and subsequently, widely circulated on various social media platforms, he claimed that he has incontrovertible evidence that the premier One-District-One-Factory project was now involved in the production of sachet water and that scores of tricycles are seen carting the sachet water from the factory on a daily basis.

Not even a timely correction by the Board Chairman of EXIM Bank, the project financing bank, who had visited the facility only days prior to the airing of the programme could dissuade him from spewing such falsehood.

Nana Kojo Boateng Genfi had called into the programme to inform listeners that the Board of EXIM Bank Ghana as well as the Credit Committee had visited the facility only a few days earlier to inspect the progress of work, and that there was no such activity on the Ekumfi site, but Kyiri Abosom stood his grounds calling him a liar and ridiculing him.

In a strongly worded letter dated 21st October, 2019 and signed by the Director of Operations of the company, Mr Frederick Kobbyna Acquaah, the company said “we view this false claim as a very serious dent on our image and a calculated attempt to lower our upcoming brand in the eyes of right thinking Ghanaians and the world at large”. The company flatly denied the claim of the pastor and challenged him to produce the evidence he claimed to have in his possession within seven days or be hauled before court for defamation.

Ososfo Kyiri Abosom, per the letter was also invited to the premise of the company within the seven day period to see for himself what activities were going on at the factory site.

“Facts on the ground at Ekumfi Fruit and Juices Ltd's factory site are easily verifiable and it would do your image a lot of good if you substantiate your claim or do the needful by retracting and apologising to the Company, the people of Ekumfi Traditional Area, the Chairman and Board of EXIM Bank Ghana and the good people of Ghana” the letter stated.

In the wake of the publication of this falsehood, The Paramount Chief of Ekumfi Traditional Area, Odeefo Nana Akyin VIII conducted journalists around the facility and also held a press conference to refute the claim by the Osofo, which was carried by various media houses.

In a letter dated 25th October, 2019 titled LETTER OF RETRACTION, signed by osofo kyiri abosom himself, and addressed to the Director of Operations, Ekumfi Fruits and Juices Ltd, copied to EXIM Bank Ghana and Despite Media Ltd, the Osofo said “ I officially write to notify you of my retraction of the claim I made on a UTV program MPU NE MPU with Osofo Kyiri Abosom on Friday the 18th of October, 2019 that the Ekumfi Fruits & Juices factory site in the Central Region of Ghana which is one of the One District One Factory projects is now being used by someone for pure water business”

“I express regret for every inconvenience caused to any person or body by the assertion made”, the letter of retraction concluded.

The company is yet to respond to the retraction.