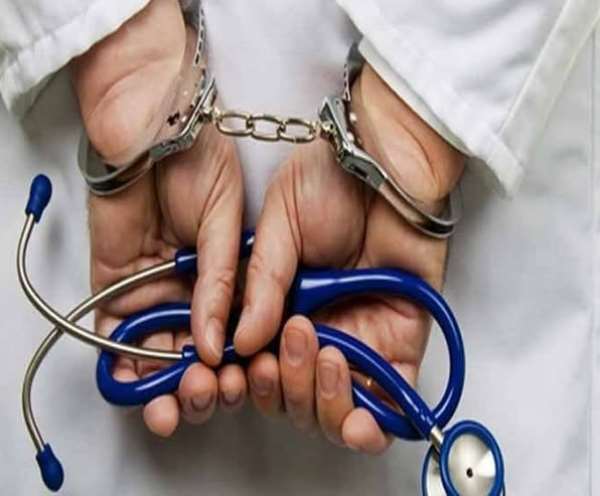 A 32-year-old man has been remanded by the Koforidua Circuit Court ‘B’ for attempting to defraud three persons while posing as a United Kingdom-based Ghanaian doctor.

The accused, Daniel Okyere 32, attempted to defraud the victims to the tune of ¢70,750 and forced two of them to marry to facilitate their trip to the UK.

The Prosecutor, Inspector Owusu Ababio, explained to the court presided over by Mercy Adei Kotei that, in 2017, the accused met Mavis Asante Manteaw and introduced himself as a medical doctor and specialist oncologist who worked in the U.K.

Subsequently, the two became friends and Mavis showed interest in travelling to the UK to pursue further education which the accused assured of assisting her.

In March 2019, the accused demanded an initial amount of ¢5,000 under the guise of securing medical and insurance report for her.

Later in July, the accused returned to demand various sums of money from Mavis which she paid ¢4,350 as an initial deposit of the ¢5000 demanded.

The second victim, Doris Asante Manteaw, a teacher at Akoase near Nkawkaw who had secured admission in a UK University was introduced to the accused by the first victim, her sister, Mavis Asante Manteaw.

The suspect convinced her to get her fiancee – Bismark Owusu Agyeman to join to reduce the cost of the Plane ticket.

The accused person then demanded their passports and ¢18,000 to begin the process which they obliged.

They later paid a total of ¢54,400 to the accused of their visa acquisition, medical reports, bank statement and air ticket.

The two lovers were compelled by the accused to marry to enable them to obtain a marriage certificate to enhance their eligibility to stay in the UK.

An amount of ¢12,000 was used to organize the marriage ceremony and obtained their marriage certificate from the Koforidua District Magistrate Court ‘B’.

The accused went ahead to forge UK travelling visas bearing names of the victims and handed over to them.

Mr Owusu Agyeman after receiving his passport and visa became suspicious and went to the Regional Immigration Office for verification where he was told the documents were fake.

Police efforts to arrest the accused Daniel Okyere became difficult until one of the victims pretended to have managed to raise some monies for a further payment which enabled the police to arrest him in his attempt to collect the money.

He admitted the offence but claimed one Titus Awuku was responsible as for forging the passports and visas which he has failed to locate his house.

Accused Daniel Okyere has been charged with two counts of defrauding by false pretence and forgery. However, he is expected to reappear in Court on November 12, 2019.