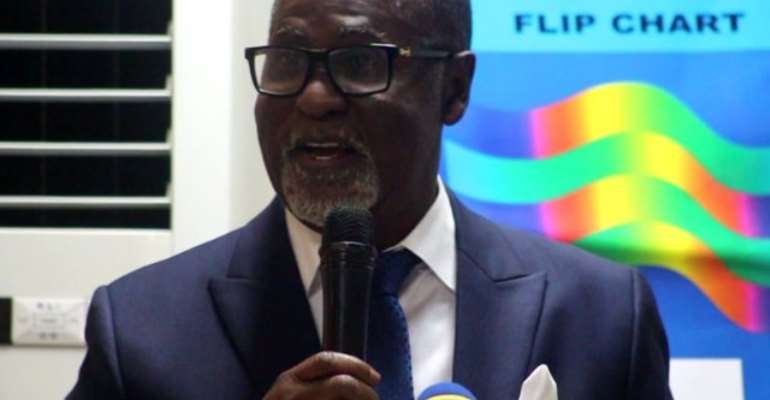 The National Labour Commission (NLC) has said the spate of industrial disputes is over-stretching its limited resources.

NLC Chairman, Andrew Asamoah, said while between 80 and 120 complaints are registered every month, when the Commission is only able to sit on 48 cases.

The Commission sits four times in a month – once every Wednesday.

“Sometimes the Commission is able to only sit on only four cases or six cases a day and that means they don’t sit every Wednesday because there may be public holidays which may fall on Wednesdays,” he said.

The Labour Commission settles cases between employees and employers in both the formal and informal sectors.

However, with only two offices in Ghana, it is able to hear a maximum of 12 complaints a day which Executive Secretary, Ofosu Asamoah, describes as highly discouraging.

As a result of this trend, the NLC always had a backlog of cases of between 40 and 60 every month, this is because the cases come from all over the country.

Until recently when the Takoradi office was opened, the Accra office, which is the only office, was overwhelmed with so many cases.

Mr Ofosu Asamoah is worried the situation almost always makes some cases end up unsettled due to frustration of parties in a dispute.

”It is not necessarily the pressure on the head office which is worrying but the disappointments and inability of the complainants to access justice not because they do not have a case but because time and opportunity will not allow them to be heard,” he said.

Parties in a dispute some of whom travel long distances to Accra for such hearing get frustrated and give up.

“Sometimes for a period of a year, the case will not be heard. There are people who have genuine cases but their cases cannot be heard. Assuming you came from Kumasi or Takoradi and you filed a case, you came once, twice and you have not been heard, you become frustrated and might not come again.

“So that, you lose out your case not because you do not have a good one but so that invariably or in a way you are denied justice”.

The National Labour Law, ACT 165, was passed in 2003 and became operational in 2005 demanding offices be spread across the country.

Chairman of the Commission, Andrew Asamoah, explains logistics and budget constraints continue to cripple this expectation.

“Labor issues are the bedrock of the country and in most cases, we try to mediate between the employer and employees. The commission is the poor worker’s court,” the NLC Chairman said.

He advised industry players to abide by the Labour Act, which clearly states the rights and obligations of each party.

“When there is any inconsistency between the appointment letter given to an employee and the labour Act, the ACT will prevail. The workers if they have a problem, they know where to go, they shouldn’t always resort to strike.”

Mr Asamoah revealed these at the swearing-in ceremony of the Ashanti Regional Committee of the Commission.

The region’s office is expected to take care of cases from Bono Ahafo and other regions close to Ashanti Region.

He revealed, “We rented and paid for only one year but if we are unable to raise money to pay for the rest of the tenancy, we may be thrown out and lose the office. We might come back to our old situations.”

Ashanti Region’s newly-inaugurated committee, Kwame Adom Appiah, says they will commit members to be diligence in executing their mandate within the confines of the law.

“We have made appeals to all coordinating councils but getting offices is difficult.

“It has been very difficult getting a place. Surprisingly, we write to the regional and district offices but they are not ready to give us office spaces. We are appealing to companies to assist us with offices.”