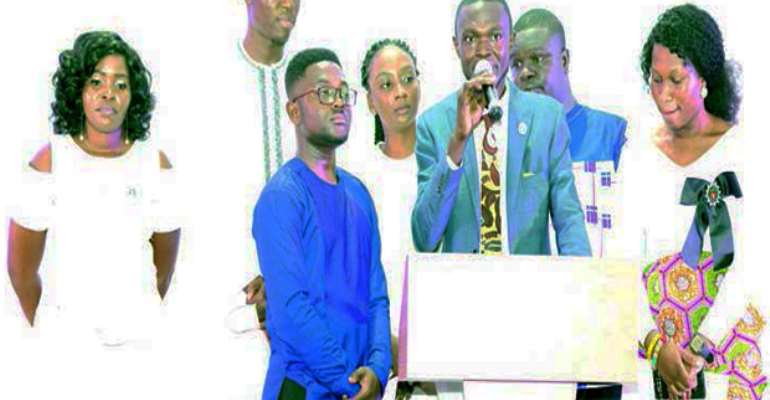 A scene during the ceremony

At the handover ceremony of the newly elected executives of PUSAG, which was under the theme: “Academic Freedom: Ensuring the Autonomous and Effective Running of Private Universities,” the Minister of State for Tertiary Education, Professor Kwesi Yankah, gave an assurance that the autonomy issue was being looked at by Parliament.

He said government was determined to take measures to rule out the outmoded affiliation system.

He indicated that government was making plans to remove all barriers that limit the ability of private tertiary institutions to become more effective and also put the private institutions on the same status as the public universities. “The new policy introduces measures that seek to make the private universities autonomous,” he affirmed.

Later in an interview, Prof. Yankson added that the new policy would award licence to private universities after three years of operation, depending on the number of years the university has been in existence and the facilities they have to operate with if they become autonomous.

“Licence will be awarded to private universities that can operate on their own in terms of facilities and professionalism of lecturers,” he said.

The Chief Executive Officer of Joy for Fame, John Obiri Yeboah, who was a guest speaker, said the existence of private tertiary institution had helped in the development of the country and promised to support PUSAG to become effective.

The past National President of PUSAG, Charles Opoku, mentioned that private universities cannot continue to have their 'competitors' as their 'masters' and called on government to provide a five-year road map to give autonomy to private universities. He used the opportunity to outline some of the successes of his administration.

Nana Dr. Appiagyei Dankawoso I, who chaired the function, advised the newly elected executives to stay focused and not dabble in unnecessary partisan politics.

“Don't let any politician to use you; never be moved by what you see and hear but by the spirit,” he advised.