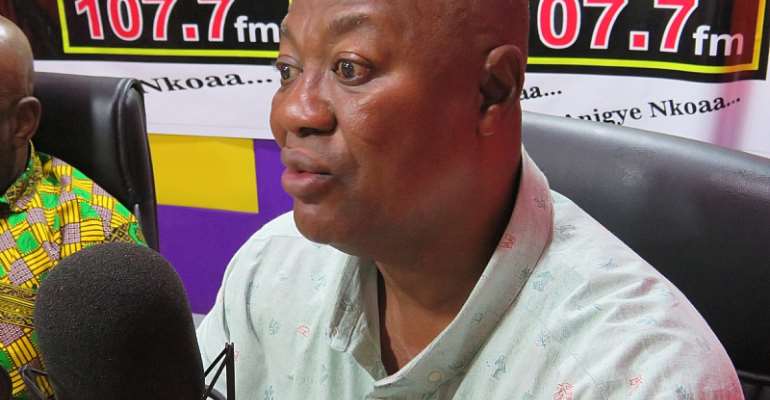 Ashanti Regional Secretary of the New Patriotic Party (NPP), Sam Pyne, has said one of the surest ways of addressing perennial flooding in Ghana is a change in the attitude of citizens across the country.

Sam Pyne has re-echoed attitudinal change as the panacea to the perennial flooding experienced in the national capital and other parts of the country.

Speaking in an interview with Lawyer Ohene Gyan on ‘Pae Mu Ka’ on Kingdom FM 107.7, Sam Pyne said, “No amount of investment aimed at finding a solution to Accra flooding will work if our people continue this way, they should change their attitude of throwing rubbish in gutters”.

“Let’s speak to our families at home, if we stop this habit we will solve this flooding in Accra”. Our current sense of self-discipline is at its lowest ebb. Citizens do not feel responsible enough to keep their homes and communities clean,” he said.

A downpour this week resulted in the destruction of properties running into millions of cedis. The flooding has also been blamed on engineering defects in the drainage system.

The government has come under intense fire for doing little to address the worsening flooding situation in major urban areas.

According to him, he would not continue to spend the taxpayer’s money to solve the same problem which is caused by individuals’ attitudes.

Bawumia to deliver keynote address at Nottingham University ...
17 minutes ago