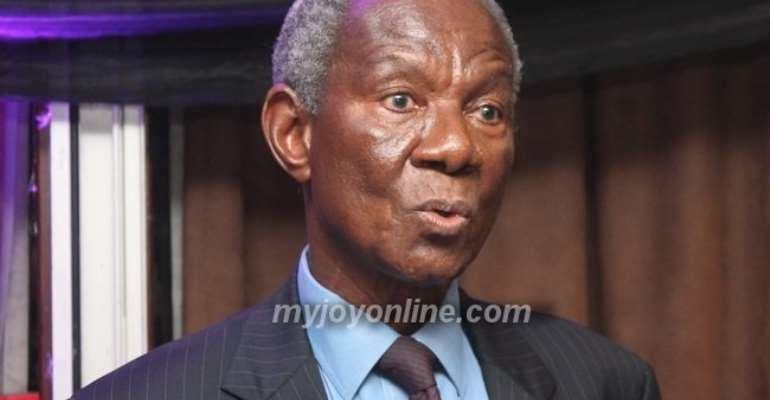 Renowned economist, Kwame Pianim says placing tax elements on uncompleted residential and commercial properties must be considered by the government.

He says it will increase revenue mobilization and expand infrastructure in the country.

Taking his turn at the 8th Ghana Economic Forum, Kwame Pianim argued now is the time for the government to rake in revenue from the land economy.

"We may look at taxing uncompleted buildings in the country. This could incentivize many to complete projects and earn an income. This could be a tax mobilization intervention we could employ", he stated.

Taking his turn, Governor of the Bank of Ghana, Dr Ernest Addison noted all gains made in achieving macro-economic stability must be sustained.

He said the country has achieved a good degree of macroeconomic stabilisation, under a fiscal and monetary regime oriented towards disinflation.

Managing Director of Barclays Bank, Abena Osei-Poku charged the Bank of Ghana to continue keeping a close eye on its price stability mandate.

She also called for more financial intermediation, especially after the banking sector cleanup.

Discussions at this year’s forum will be hinged on sustaining financial and economic stability with a look at the key priorities.

For seven years, the Ghana Economic Forum’s mission has been driven policies aimed at steering the country’s economy on the right path.

The event aims at bringing out new thinking and policy alternatives to help shape the country’s agenda for economic growth.

The theme for this year’s Ghana Economic Forum is: “Sustaining Financial and Economic Stability: the key Priorities”.